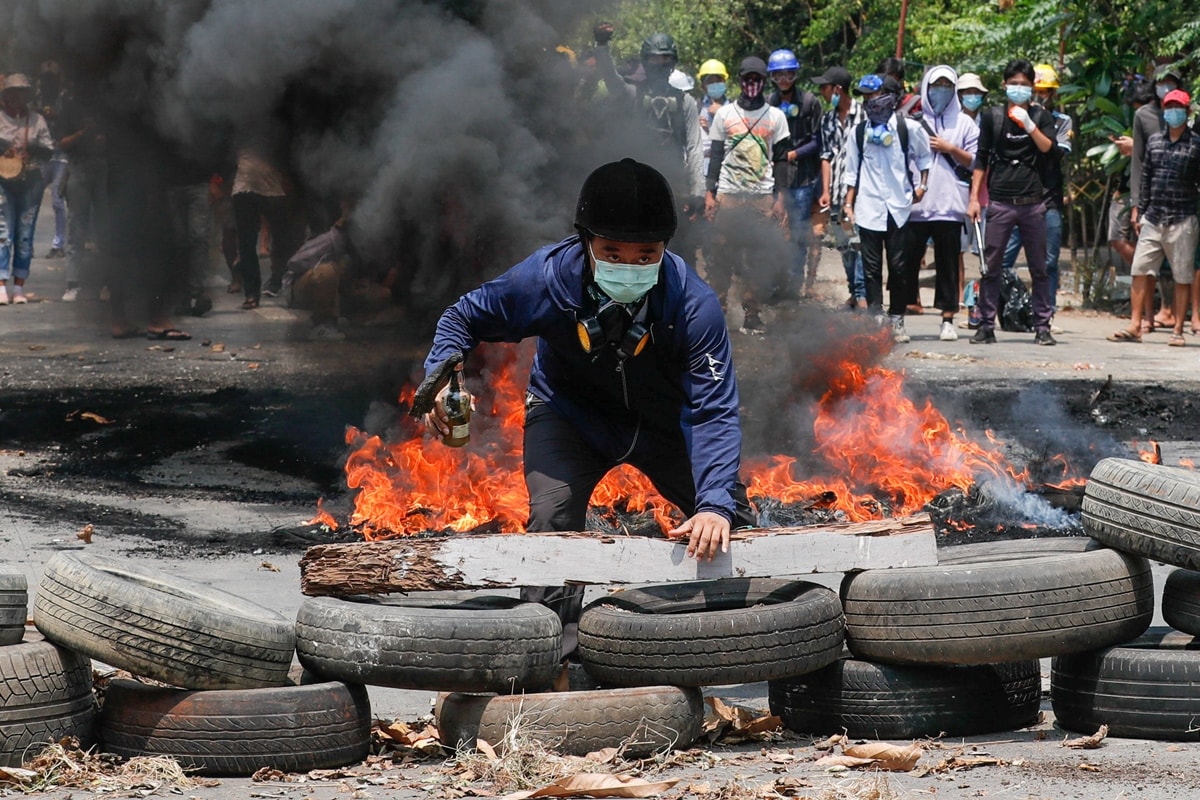 Anti-coup demonstrators in Myanmar fought back with hunting rifles and firebombs against a crackdown by security forces in a town in the northwest but at least 11 of the protesters were killed, domestic media reported on Thursday.

Fighting continued into Thursday morning and at least 11 protesters were killed and about 20 wounded, the media said. There was no word of any casualties among the soldiers.

That would take the toll of civilians killed by security forces to over 600 since the junta seized power from the elected government of Aung San Suu Kyi on Feb. 1, according to the Assistance Association for Political Prisoners (AAPP). It had a toll of 598 dead as of Wednesday evening.

Imran, who is not Chinese for food and enmity with India, banned till the...