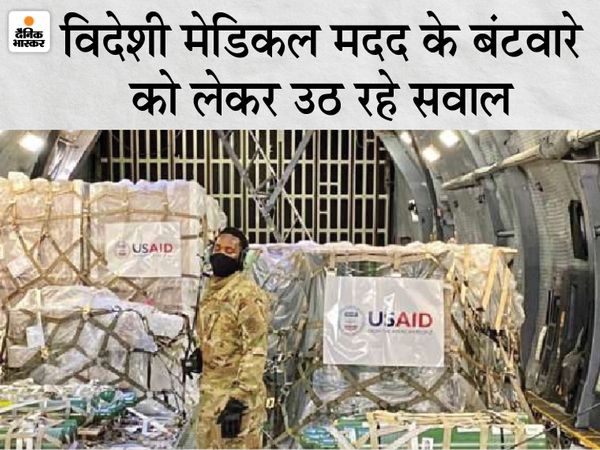 Help is coming in from all over the world in the wake of the second wave of Corona in India. According to several media reports, including NDTV and The Hindu, so far more than 25 flights have brought foreign help at the Delhi airport itself. India has got 5500 oxygen concentrators, 3200 oxygen cylinders and injections of one lakh 36 thousand remedies.

But, the question is that to which states and when this help coming in the form of medical emergency from abroad was delivered.

The first consignment of medical aid arrived in India on 25 April. After that, medical oxygen and life saving drugs are continuously reaching India. Given the emergency situation, the distribution of these goods should have reached the states in need from day one. But, it took seven days for the central government to make SOP about how to distribute it in states and hospitals.

How the bureaucracy is working in this case can be understood as … The Ministry of External Affairs is the nodal ministry to receive medical help coming from abroad. Whereas in the states and hospitals, the standard operating procedure, ie SOP, was to be made by the Ministry of Health to distribute this help. The first batch arrived on 25 April and its distribution rules were released by the Ministry of Health on 2 May. That is, the medical help that came for a week remained at the airport, just like at the ports. However, if it started reaching the states with the influx, many patients’ lives could have been saved. 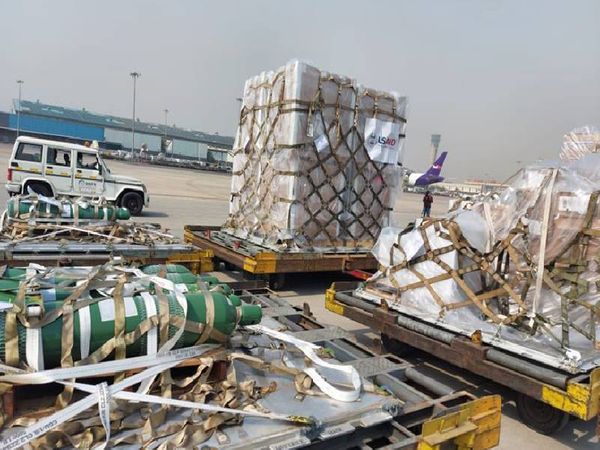 Several consignments of equipment used in critical care have been sent from the US to India for help. But, it is being said that most of the goods are lying at the warehouse or airport itself.

Red Cross Society and HLL are avoiding each other

The Government of India is receiving medical help coming from abroad through the Red Cross Society, which is an NGO. On the question of the medical supply not reaching the states, the management of the Red Cross Society says that its job is only to remove the help from custom clearance and hand it over to the government company HLL. At the same time, HLL says that its job is only to look after the help. How the help will be distributed will be decided by the Union Health Ministry. The Ministry of Health is tight-lipped about this.

Prime Minister Modi himself has said that custom clearance of medical emergency supplies should be done as soon as possible. But according to media reports, many consignments of help are still entangled in the custom. Many big hospitals of the country have brought some items of medical need at their level, but they too are not getting the custom clearance easily. According to sources, HLL has been given the responsibility of looking after this help. Warehouses built around the airport have a lot of medical equipment.

So far, only the central government-run hospitals have received help

There has been an outcry in many states of the country regarding oxygen and equipment related to its use. But, states like Chhattisgarh, Tamil Nadu, Jharkhand say that they have not received anything in the name of help from foreign countries. Even in the BJP ruled states, there is no help yet, but there is no talk about it.

However, the Union Health Ministry has a different view on this. The ministry has said in a statement that so far about 40 lakh items have arrived from abroad. These include all medical equipments including medicines. Out of these items, oxygen cylinders and some life saving medicines have been given to 38 institutions and hospitals. But, according to The Hindu’s report, most of these hospitals are the ones operated by the central government.

If we take the example of Delhi, oxygen has been provided to The Lady Hording Medical College, Safdarjung Hospital, AIIMS, DRDO and ITBP. Whereas Delhi is in those cities where every hospital is facing oxygen shortage.

On medical supplies to states and their hospitals, the Ministry of Health says that the process of sending help to states like Goa, Gujarat, Madhya Pradesh, Maharashtra, Uttar Pradesh is going on and help will be provided to them soon.

India Prices And What You Can Buy Now

Pakistan Calls for Responsible Drawdown of International Troops from Afghanistan