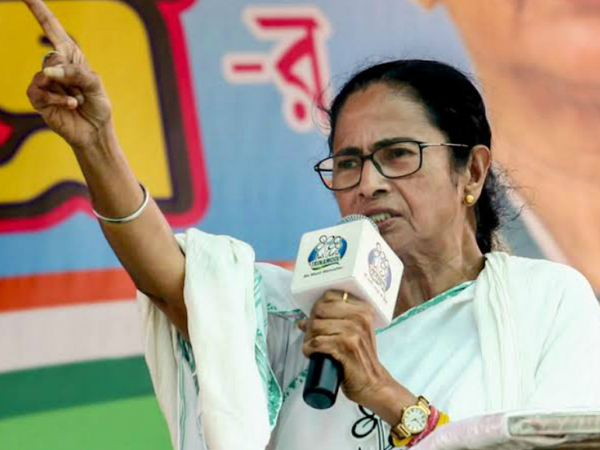 If Mamata has secured nearly 48 percent of the votes in Bengal, it means that Hindu votes are also with her in large numbers.

Every election is important in a democracy, but the resonance of the election results of five states including West Bengal is very deep. It is clear from these results that regional parties are holding on to their territories. The regional language, local ground connect on local issues or the expectations of ethnic groups, leaders who have laid hands on such a pulse of their region have been successful in winning the hearts of the public.

The great victory of Mamta Banerjee is a proof of this. Pinarayi Vijayan also holds an extremely strong grip as good governance in Kerala. In Tamil Nadu, Stalin has maintained a Dravid identity, while in Assam, Sarbananda Sonowal and Himanta Biswa Sarma retain the image of a leader who fulfills regional aspirations. Such power of these regional leaders has given victory to his party.

Its lesson is that in such states which have their own regional and cultural identity, you cannot do politics in Delhi. One thing we should keep in mind while assessing these results is that the strength and resources BJP has this time. Applied in Bengal elections, do not remember that in any assembly election, the BJP itself or any other party has thrown so much. But in front of the huge resources of the national party, if the regional leader consolidates his ground and takes the front alone, then the sympathy of the public becomes with him. Mamta and Vijayan are fresh examples of this.

The second factor is the Muslim vote, which p. In the context of Bengal, it is clear that Muslims have gone completely with the Trinamool. He did not trust the Congress or the Left. On the other hand, the BJP tried its best to polarize Hindu votes, echoing Shriram’s slogans and leaving no opportunity to declare Mamata anti-Hindu. The BJP remained stuck in the Hindu-Muslim narrative, and Mamata failed the BJP’s strategy of Hindu polarization by furthering the pride of Bengal, the daughter of Bengal.

If Mamata has secured nearly 48 percent of the votes in Bengal, it means that Hindu votes are also with her in large numbers. But the analysis of the plight of the country’s second largest party Congress in the analysis is incomplete without discussion. Five years ago, in the Bengal where the Congress was the main opposition party, today it has become completely clear. In Assam and Kerala, from which he had high hopes, his steps are seen to be stagnant. Actually, the Congress is still unable to understand its merge.

Rahul Gandhi has to understand that he cannot win the hearts of the people actively on the occasion of an election. The Congress will have to work at the grassroots level. If the Congress has to save its existence, it will have to make its regional leader. The last and necessary thing, the female vote. The women’s vote bank is slowly being built.

Parties have benefited from the schemes run by state governments for women in West Bengal, Kerala and to a lesser extent Assam. The voter on the ground sees what he has gained. The women also supported Mamta, Vijayan in Kerala and BJP in Assam.

Elections in 7 states next year, people will judge them on Kovid as well…

Next year elections are held in seven states including UP, Uttarakhand, Gujarat and Punjab. The public is carefully examining the role of these governments in dealing with Kovid. Everyone will have a special look at UP. It has to be seen how Akhilesh and Mayawati present the power equations of their regional strength in front of the BJP. The real message of this election is- ‘If the election is for the assembly, then focus on local issues, local leadership.’ The results of Bengal will change the national politics, it would be wrong to say at this time, because there are three years left for the general election.

Corona in MP: In one week infection rate increased by 3%, Bhopal’s positivity rate...