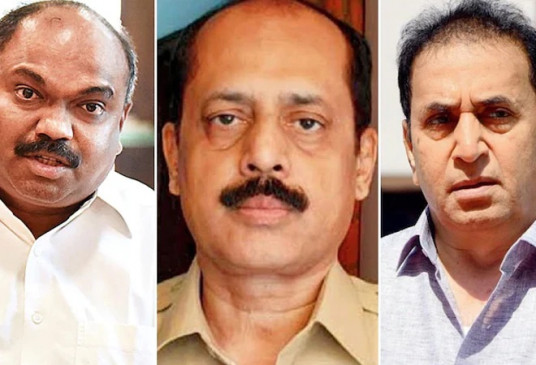 Digital Desk, Mumbai. After the letter of former Mumbai Police Commissioner Parambir Singh, the letter of the now suspended police officer Sachin Vazh has increased the political stir in Maharashtra. Sachin Waje claimed on Wednesday that former state minister of state Anil Deshmukh had asked him two crore rupees to continue his service in the Mumbai Police. At the same time, another minister has accused Anil Parab that he had targeted to recover from the contractors.

In fact, in the Antilia case, the National Investigation Agency (NIA) on Wednesday presented former API Sachin Vazh in a special court. On the demand of the investigating agency, the court has extended the custody of Vazh till April 9. During the production, Sachin Waze presented a written statement before the court. He made this statement during the custody of the NIA.

Transport Minister Parab dismissed the allegations of Waje and said that these allegations are false and its aim is to tarnish my image. He said that he is ready to face any investigation. Waje was reinstated last year in the police service. He made this sensational claim in a letter, which he tried to present before the special NIA court here.

Special Judge PR Sitre refused to take his letter on record and asked him to follow the necessary procedure. Waje is an accused in the case of industrialist Mukesh Ambani’s residence in south Mumbai, after a suspicious vehicle was found and the death of businessman Mansukh Hiren. Explosive material was recovered from this vehicle. Waje is currently in NIA custody.

I made these revelations

EC strict on election campaign in Bengal: No road show, post travel, bicycle and bike rally approved; There will be no more than...

PM Modi cancels all rallies in Bengal, will hold high-level meeting tomorrow on the situation in Corona

Prime Minister Narendra Modi cancels all rallies in West Bengal, will hold important meeting on the situation in Corona

Urvashi Rautela appeared in love with Guru Randhawa on the beach,...