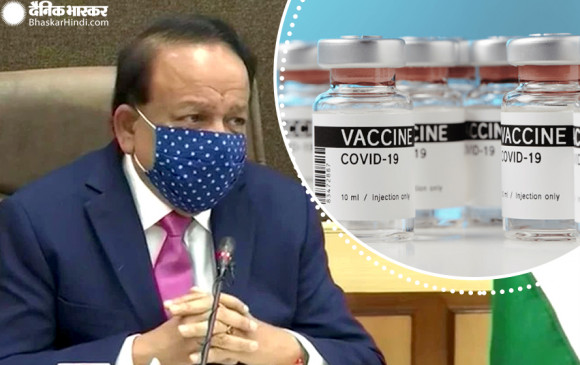 Digital Desk, New Delhi. Corona cases are increasing rapidly in the country. More than 1.25 lakh new cases have been found in the last 24 hours. At the same time, the demand for corona vaccine is increasing. Corona vaccine stocks are rapidly ending in states and cities. Many state governments have complained to the Center and demand is being made to provide the vaccine continuously. The vaccine shortage has led many states to close Corona vaccine centers.

The shortage of corona vaccine is highest in Maharashtra, Odisha, Rajasthan, Chhattisgarh, Andhra Pradesh, Telangana and Varanasi. After Maharashtra, Delhi, Odisha, Congress leader Manish Tiwari has also questioned the lack of corona vaccine. He said on the tweet that in response to a question in the Lok Sabha, the central government had informed that by March 15, 5.86 crore vaccines have been sent to 71 countries. In such a situation, it is not a big deal to decrease the stock of Corona vaccine in the country. Tiwari said that the charity should start from home.

Harsh Vardhan said – we have a sufficient amount of vaccine
On the other hand, Union Health Minister Harsh Vardhan has said about the vaccine stock that the vaccine quantity is sufficient, there has been no shortage in the country regarding the vaccine stock. Some states are making such statements to hide the increasing cases of negligence and to divert the attention of the people. The Union Health Minister has attributed the increasing cases in Maharashtra, Punjab and Delhi to being negligent and not testing properly. Union Health Minister Harsh Vardhan said that stock is available in sufficient quantity in the country. This is just politics to divert public attention. Let us know in a statement that the vaccine stock is currently available in limited quantities in the country. Therefore, people of the age of 45 years and above are being given priority to apply corona vaccine.

Only three days stock available in Andhra Pradesh
The review meeting was held today by Andhra Pradesh Chief Minister Jagan Mohan Reddy in view of the growing Corona case and the vaccine stock being low. Explain that in the meeting, Chief Minister Reddy has instructed the officials that they are in touch with the Central Government regarding the stock of Corona vaccine. At the same time, the state health department has said that only three days stock is available in the state.

2 days stock left in Odisha
Odisha’s Health Minister wrote a letter to Union Health Minister Harsh Vardhan and said that stock should be made available for at least 10 days. We have had to close more than 700 vaccine centers due to the depletion of vaccine stocks. He also said that there is only 2 days stock left in the state. This stock will end by 9 April. After this, we will have to stop vaccination, which will have a direct effect on people 45 years and above who get vaccinated. Which will make it more difficult to control the corona.

Corona vaccine stocks run out in Varanasi in UP as well
Varanasi in UP also saw a shortage in corona vaccine stock, which has led to a ban on vaccination and led to the closure of several vaccination centers. Citizens have to return without getting vaccinated. This is why the vaccine process has been stopped for three days. At the same time, talk is going on sending vaccine from Lucknow to Varanasi soon.

3 day stock available in Maharashtra
At the same time, Maharashtra Health Minister Rajesh Tope had also said that the corona vaccine stock will decrease. He had said that only three days stock is available in the state. According to the information, Maharashtra Congress chief Nana Patole said that our country is providing free vaccine to many countries like Pakistan, but in Maharashtra and many states, politics is being done at such a time. Delhi Health Minister Satyendra Jain has also expressed concern that only four days stock is left in Delhi. If stock is not provided in time, then the challenges will increase further.