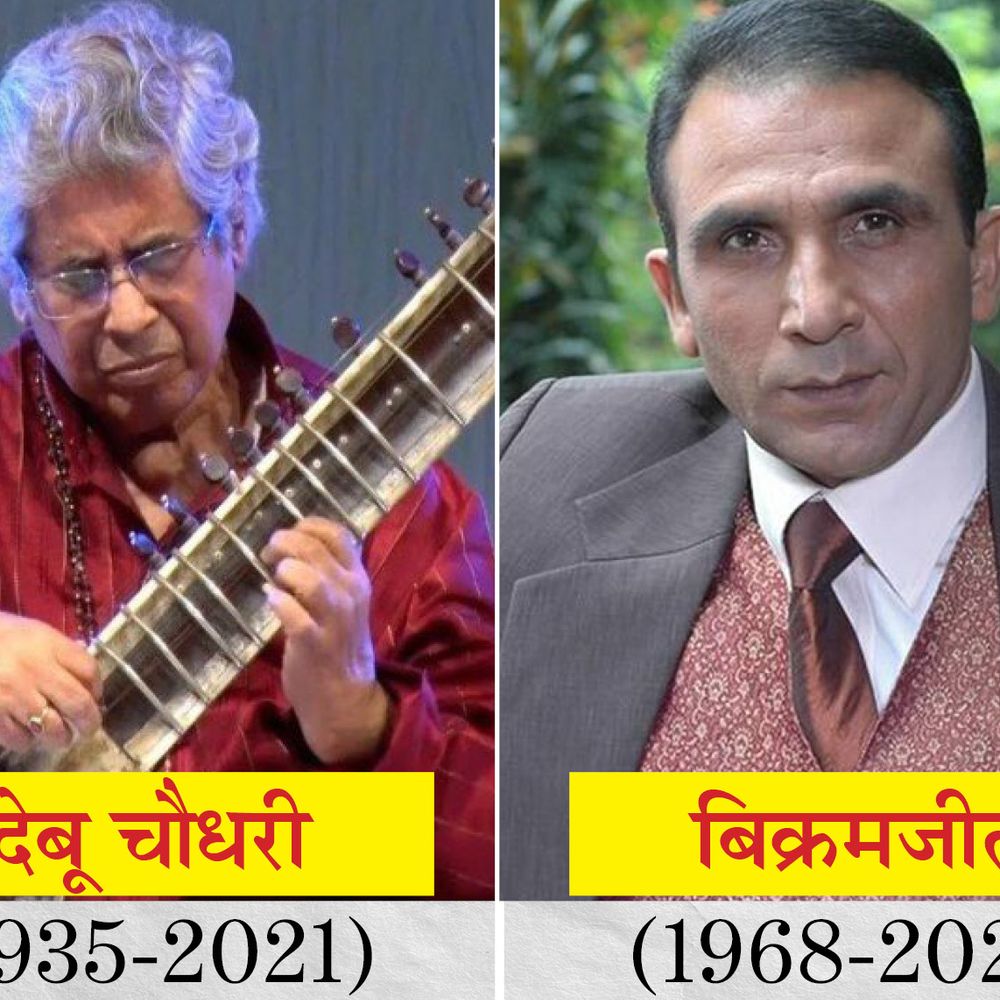 Famous sitar player and Padmabhushan Pandit Devvrat Chaudhary alias Debu Chaudhary passed away on Saturday morning. He was 85 years old. After being corona positive, he was undergoing treatment at a hospital in Delhi on Wednesday night. He was admitted to the hospital with the help of police due to the lockdown. On the other hand, actor Bikramjit Kanwarpal also lost the battle of Corona. He was 52 years old.

Son gave information on social media
Prateek Chaudhary, son of Debu Chaudhary, reported his death via social media. He said that he had a heart attack late on Friday night. He was awarded the Padma Bhushan by the Government of India in 1992 for his outstanding contribution to the field of art. He studied music from Panchu Gopal Dutta of Sania Sangeet Gharana and Sangeet Acharya Ustad Mushtaq Ali Khan.

Ashok Pandit paid tribute
At the same time, filmmaker Ashok Pandit condoled the actor’s demise. He wrote on social media that it was sad to hear about the demise of actor Major Bikramjit Kanwarpal because of Corona this morning. He was a retired army officer who worked in many films and TV serials.

Brikamjeet appeared in these films
Bikramjit started acting in 2003 after retiring from the Indian Army. He has acted in films like Page-3, Rocket Singh: Salesman of the Year, Reservation, Murder-2, 2 States and The Ghazi Attack.

Over 3500 deaths in the past day
A record 4 lakh 1 thousand 911 new infections were identified in the country on Friday. This is the largest number of infected individuals found in a single day in any country of the world. Talking about the statistics of death, the highest number of deaths in the world are also happening in India. In the past, 3,521 deaths were recorded in India. Every fourth death occurred in India in the last 24 hours in the world.

When Chunky Pandey was offered 5 lakh rupees to come to the condolence meeting,...

Fire in a hospital in Maharashtra: 4 people, including a woman, were killed in...