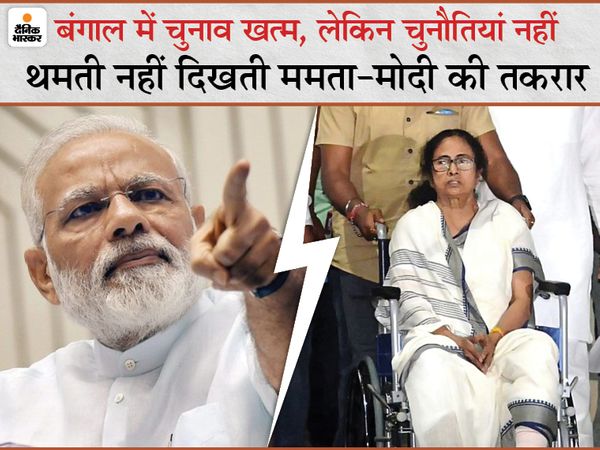 During the election campaign, Narendra Modi had said that ‘May 2, Didi Gaya’, but it turned out the opposite. Didi has once again come to power in Bengal with an overwhelming majority. Didi’s victory is stupendous, but this election is different in some ways. The Left-Congress opposition she got after winning in 2011 and 2016 was very weak and Mamata was never challenged by the opposition, but this time she has BJP as the opposition and her in the center. There is also power.

In such a situation, the movements of Bengal politics will continue to make headlines at the national level. Reports of attacks on BJP offices in several cities of Bengal also suggest that the period of political violence in the state is not going to end easily. BJP state president Dilip Ghosh has claimed that 9 people died in 24 hours in the violence that started after the election. There is an atmosphere of fear in the state. The ruling party is sitting with folded hands. The police are not helping. We have met the Governor on this issue. He has given assurance of action.

BJP Trinamool clash does not stop at the moment
The main strategy of the BJP in the election of Bengal was polarization. Even during the election, the BJP kept trying to set the election agenda with the slogan of Jai Shri Ram and accusations of Muslim appeasement. This strategy could not be changed in the seats in the elections, but there are clear indications from the BJP that it will continue its agenda. That is, despite the overwhelming majority, Banerjee’s administrative and political challenges do not seem to be reduced.

Mamta is also realizing that the politics of polarization will continue by the BJP. He recited Chandi during the election to overcome the stamp of Muslim appeasement imposed on him. So soon after the overwhelming victory in the election, Mamata Banerjee reached Kalighat temple. The symbolic message of the temple philosophy is that Mamata will take a similar approach towards the polarizing issues of the BJP in the future, but how it will happen and how it will be addressed to the minority community will be challenging. 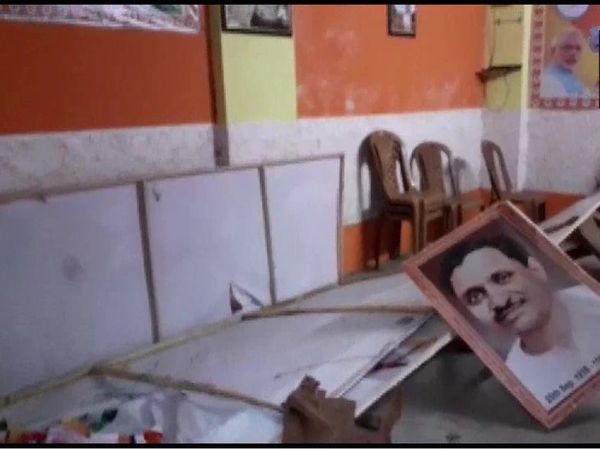 After the election results, there have been political clashes in many cities of Bengal. The BJP state president claims that his party offices are being attacked in every city and so far nine people have been killed in the violence.

Mamta-Modi’s dispute old
It may be a matter of giving the PM’s Samman Nidhi to the farmers or the benefit of the Ayushman scheme to the people of the state. Didi did not allow it to be implemented in the previous reign. Mamta Banerjee stopped it from coming to the state by citing the ‘Krishak Bandhu Yojana’ and ‘Swasthya Sathi Yojana’ already running in the state.

Mamta Banerjee did not attend the Corona meeting held on November 24, April 8, April 21, during the recent three meetings held during Kovid. However, regarding the April 21 meeting, Mamata Banerjee accused the Modi government that she was not called to the meeting. On the other hand, JP Nadda said at a virtual rally on 25 April, “Why did Didi not attend the PM’s virtual meeting looking for ways to deal with and prepare for Kovid?”

Dinesh Trivedi, who came to BJP from TMC, says BJP has emerged as a strong opposition in the state. Therefore, the BJP will act as a strong opposition to curb the corruption prevailing in the state. Dinesh Trivedi, in an interview to Dainik Bhaskar, had accused the state’s Trinamool Congress of tolerance and cut money, saying, ‘At the time of CPM, it was easy to give money to a man or party. . But now the corruption has increased so much that two and four goons stand to pay money to one. 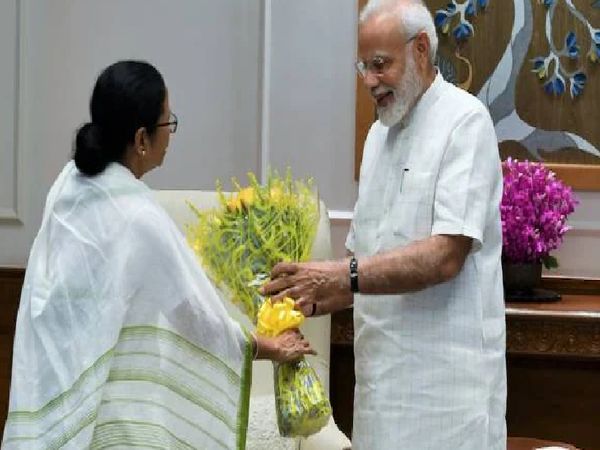 The dispute between Mamata and Modi is old. Recently, CM Mamata did not attend the meeting of PM Kovid. Earlier, on the storm of Amfan, Trinamool also alleged that the Center is discriminating against it.

The talk of Dinesh Trivedi is indicating that even after losing the election, the BJP will keep its campaign fast and its clash with the Trinamool will continue. Some political experts say that this confrontation will sometimes turn into political violence.

TMC spokesperson Jaiswal says, “Elections are over, now the war against Kovid will start. For this, the state will need a lump sum, so we will demand about 90 thousand crores collected through GST and many other taxes with the Center to strengthen the existing infrastructure to fight Kovid in Bengal. ‘ This amount will also cause a dispute between the Center and the state. Knowledgeable people believe the same. However, after the victory of Mamta, the tweet by Prime Minister Narendra Modi promised the state every help in the fight against Corona.

Opposition united for the first time in front of Mamta
Earlier, Mamata Banerjee had won 211 seats in 2016, but the CPM and Congress got 26 and 44 seats in front. Even though the Left and Congress had together secured about 70 seats, Mamata never had any problem in governance in the state. The left was slowly becoming clear, the Congress also did not come in the way of Mamta’s work. In 2011, Mamata had come out challenging the 34-year rule of the Left. Though he had 184 seats at the time, he contested the UPA alliance with Congress in the state. The Trinamool and Congress were also at the center. The Congress had got 42 seats. The Mamata-led UPA alliance was very strong with 226 seats in the 294-seat assembly. The front left had only 40 seats, but this time the BJP, which won 76 seats, is in front of Mamta. The BJP should not be a big opposition in terms of seats, but due to the activeness of the BJP and its government at the center, it is going to be a strong opposition.

Mamta once roared in Hindi and Modi thundered in Bangla
Prior to the 2019 elections, Mamata Banerjee held a meeting with Chief Ministers of several states at Jantar Mantar in Delhi. In this meeting, Mamta targeted fiercely at Modi. From here it was speculated that now Mamta Banerjee will enter national politics. The funny thing is that Mamta Banerjee gave a speech in Hindi from the stage, but in the 2021 assembly elections, Prime Minister Narendra Modi thundered from the stage in Bangla for the first time on 18 March. After this, Modi was seen speaking Bangla in many rallies. Not only this, Union Minister Smriti Irani also surprised everyone by giving a speech in the correct Bengali language. There were also a lot of posts in Bengali from Narendra Modi’s social media account. This trend continues even after the election. That is, the political war between Kamal and Trinamool will continue even after the elections.

Havoc: highest death in one day due to corona virus in Nepal, China sent...

‘Pink Whatsapp’ is a virus! Avoid the Apk file or lose your account