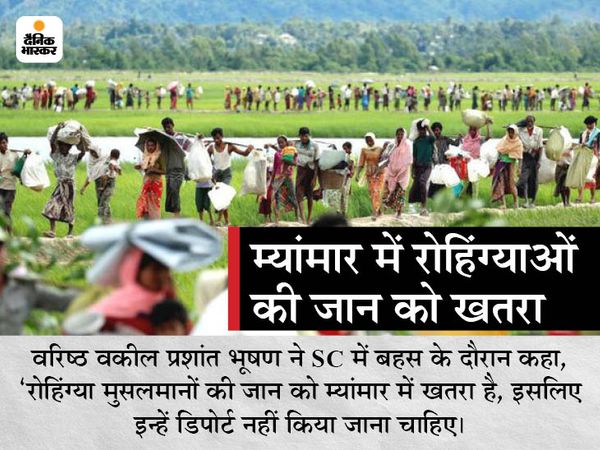 The Supreme Court has banned the sending of 170 Rohingya Muslims kept in Detention Center in Jammu to Myanmar. The Supreme Court issued the order on Thursday, saying that Rohingya refugees living in the camp cannot be sent until the entire process of deportation is followed.

The court rejected the plea of ​​the petitioner, in which he had appealed to release these people. Explain that the Supreme Court had reserved the verdict on this matter on 26 March.

The debate went on like this
In the hearing, Bhushan had said that on 23 January last year, the international court gave its verdict regarding the genocide of Rohingya Muslims in Myanmar. It said that the army has killed innocent people in Myanmar. This forced about 7.44 lakh Rohingyas to flee homeless to neighboring countries. In response, the CJI said that this petition is only for Indian citizens. Not for citizens of another country.

Delhi govt puts cap on number of guests at marriage, other events in Delhi...