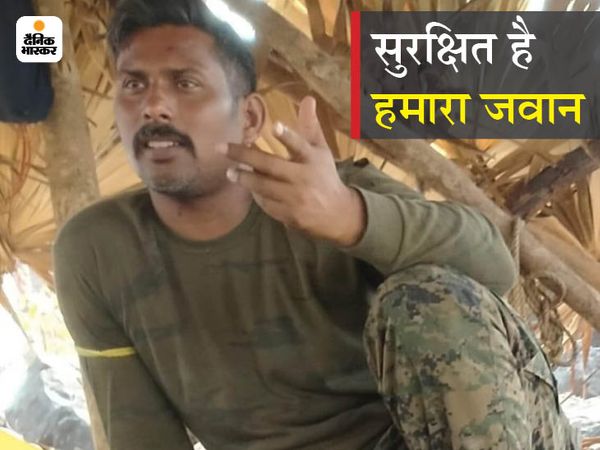 On April 3, the jawan Rakeshwar Singh, who was abducted after the encounter of the Force and Naxalites in Jonaguda, has been released by the Naxalites. It is being told that Rakeshwar is currently in the camp of 168th Battalion in Tarrem. Their medical checkup is being done there. How was he released, with whom. At what time he reached the camp, all these things have not been revealed yet.

In this encounter between police and Naxalites on April 3, 23 soldiers were martyred. Naxalites also admitted to having killed five of their comrades. During the encounter, the Maoists kidnapped the CRPF’s cobra commander Rakeshwar. After this, Maoist spokesman Option had issued a press note on Tuesday – first the government should declare the name of the mediator for negotiation, after which the jawan living with them will be handed over. Till then he will be safe under their protection.

Mizoram to close schools for students of class 8 and below following spike in...

Want to pin chats or messages on Telegram? Here’s how to do it

Oppo Find X3 Pro’s ‘Microlens’ Camera Is Baffling Reviewers and Netizens But What is...

This is the killing of relationships: the son sees the father misbehaving with his...