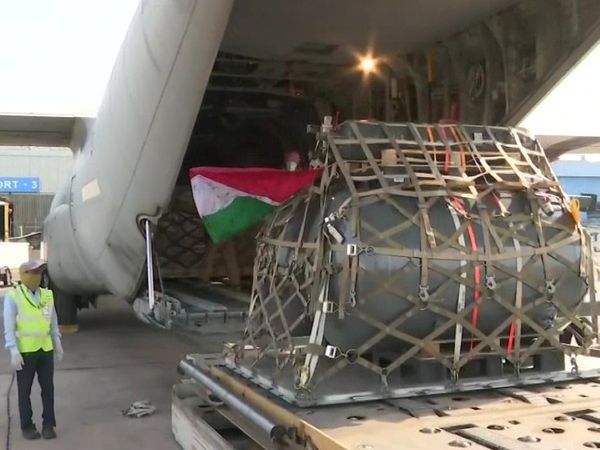 The photo is of an oxygen production plant and 20 ventilators arrived at Delhi Airport as help from Italy.

The government has exempted the Integrated Goods and Services Tax (IGST) till June 30 on many medical equipment coming from abroad as a charity. Finance Minister Nirmala Sitharaman gave this information on Monday. He said that many institutions and businessmen from abroad had requested the government for this. Now there will be no tax on goods coming from abroad, which are to be distributed free as a charity in India. Earlier, the government had announced waiving of custom duty on import of medical grade oxygen, oxygen concentrator and its related equipment. However, the government has not said anything about the medical equipment that is needed in the fight against Corona and the hospitals are getting them from abroad.

Bhupegh Baghel wrote a letter to Nirmala Sitharaman
Chhattisgarh Chief Minister Bhupesh Baghel has written a letter to Union Finance Minister Nirmana Sitharaman. In the letter, he has asked for 3 months deferment of loan installment of those operating small and medium industries. He wrote in the letter that due to the lockdown, traders associated with small industries are incurring losses. In such a situation, they should get at least three months relief from loan installments.

The situation is improving: the infection rate of corona decreased by 15% in 17...

WhatsApp May Let You Move Chats Between iPhone And Android