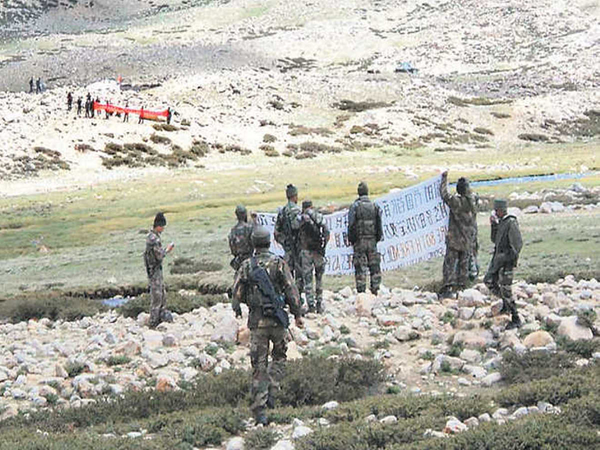 There are 23 defining perception areas on the LAC between India and China. Till 10 months ago (standoff), both countries used to allow each other to patrol to the extent of their claim.

The 11th round of military talk (military commander level talks) between India and China is expected on 9 April. Since May 2020, military talk has been done 10 times to resolve the tension that started on the border between the two countries.

Focus will be on hot springs, gogra and depsang
The 10th round of talks between the Corps Commander-rank officers of the armies of the two countries took place on 20 February. The meeting, which lasted nearly 16 hours, focused on the process of withdrawing troops from standoff points such as Hot Springs, Gogra and Depsang in eastern Ladakh.

There was intense brainstorming between the military commanders of the two countries over the removal of troops, weapons and other military equipment from these disputed areas, like the northern and southern end of Pangong Lake. The 11th round of talks between the two countries on other confrontational issues, including hot springs, Gogra and Depsang, may be held on 9 April. From India, this date has been finalized and sent to China, but so far there has been no response from China.

Many important talks were held in the 10th round of talks as well.
The 10th round of talks with China began at the Moldo-Chushul border meeting point. Two days earlier, both forces had withdrawn arms and troops from high altitudes along the northern and southern sides of Pangong Lake. The main issue of the meeting was fixed by the Defense Minister while giving statements in both houses of Parliament on 11 February.

Accordingly, within 48 hours of complete disengagement on the northern and south sides of Pangong Lake, the remaining disputed areas will also be negotiated with China. The 16-hour talks therefore focused on ending the deadlock in other disputed areas of the LAC, Hot Springs, Gogra, Depsang and Demchok. Now, in the next dialogue, the focus has to be on disengagement from these areas.

PCOS and its effects on skin and hair