There is disturbing news from Andhra Pradesh amid the second wave of Corona. A new strain of virus has been found here. It is named AP Strain and N440K. Scientists at the Center for Cellular and Molecular Biology (CCMB) claim that the new variant is 15 times more dangerous than the current strain in India.

The Hyderabad-based CCMB operates under the Council of Scientific and Industrial Research. So far 5 variants of Corona have been found in South India. Among these, AP Strain is spreading very fast in Andhra Pradesh, Karnataka and Telangana. Its effect is also being seen in Maharashtra.

More dangerous than the current strain
Patients infected with the new variant succumb to hypoxia or dyspnea within 3-4 days. In this situation, the breath stops reaching the lungs of the patient. The patient dies due to lack of treatment and oxygen support at the right time. Most of the patients are dying due to this in India these days.

According to experts, if its chain is not broken in time, then this second wave of corona can become even more frightening, because it is more dangerous than the existing strains B.1617 and B.117. 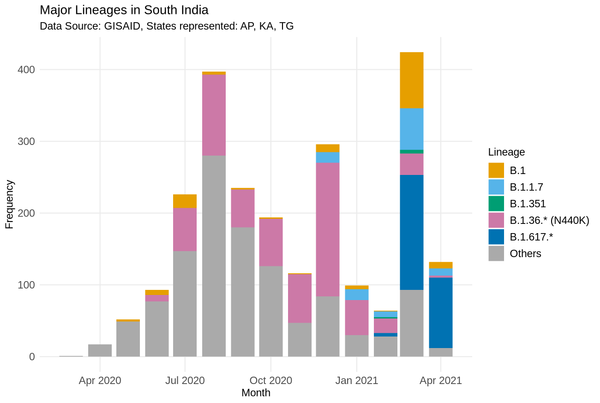 Identity in Kurnool, spread quickly after this
According to ‘The Hindu’ report, the virus is spreading to other parts of Andhra Pradesh’s capital, including Visakhapatnam. Scientists say that the strain was first identified in Kurnool, Andhra Pradesh. It has spread very rapidly among the common people. The most worrying thing is that this variant is also catching people with good immunity. This strain causes cytokine storm in people’s body.

Visakhapatnam District Collector V Vinay Chand told that we are still finding out about the new strain. CCMB has been sent for its sample analysis. One thing is certain that this variant is quite different from what we saw during the first wave last year.

Transition speed too fast
Confirming the increased strength of the virus, District Kovid Special Officer and Principal of Andhra Medical College, P.V. Sudhakar said that we have seen that the incubation period of the new variant is very low and the transition speed is very high.

The virus-infected patient previously took at least one week to reach the hypoxia or dyspnea stage. Now patients are reaching critical condition within three or four days. That is why the need for oxygen, beds or ICU beds has increased a lot. 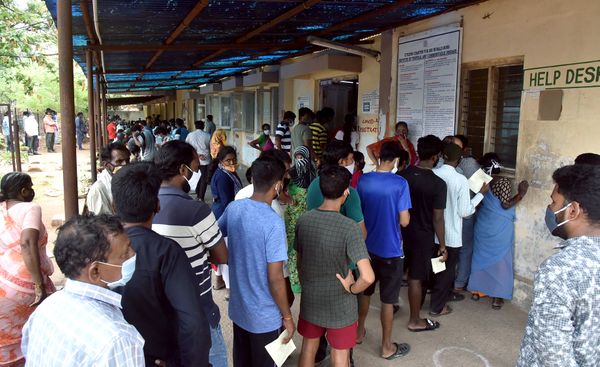 The photo is from a government hospital in Hyderabad, the capital of Telangana. People came here for their corona test. During this time no one cared about social distancing.

Dr. Sudhakar said that this strain is affecting the youth population and even children in a big way. Even those who are very aware of their fitness or whose immunity is very strong. Hema Prakash, senior microbiologist at the GITAM Institute of Medical Sciences and Research, said the best way to avoid this is to wear a good mask, stay away from the crowd, keep hands clean, and stay indoors as much as possible. .

Glacier broken in Uttarakhand: Incident near Indo-China border; Many laborers working on the...

Haryana’s condition: Five people killed due to lack of beds in Delhi due to...