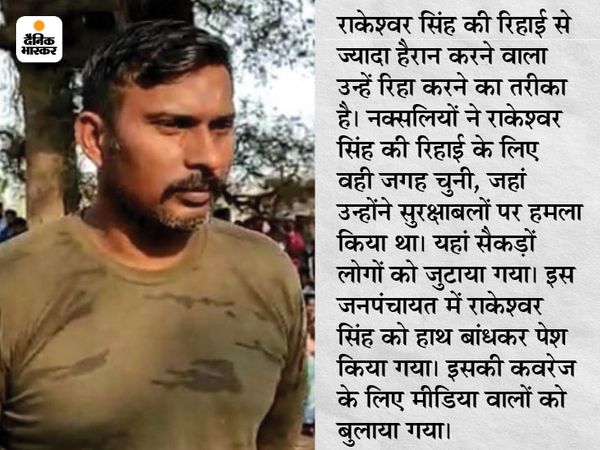 Maoists released CRPF jawan Rakeshwar Singh on Thursday. He was taken hostage after the encounter on 3 April in Bijapur, Chhattisgarh. On this day, 23 soldiers were martyred in the Naxalite attack. Rakeshwar Singh was missing since the attack. On 7 April, the Naxalites released their photo, stating that they were in their possession and safe.

After this, a series of negotiation efforts started. Officers kept talking about search operation. During this time, a plan was also made to free Rakeshwar from the back door. IG Sundarraj P. of Bastar range has also told that the help of social organizations / public representatives and journalists was taken for the return of Rakeshwar Singh. He named Padmashri Dharmapal Saini, Gondwana Coordination Committee Chairman Telam Boraiya, journalists Ganesh Mishra and Mukesh Chandrakar, Raja Rathore and Shankar. Finally 5 days later Rakeshwar Singh returned. 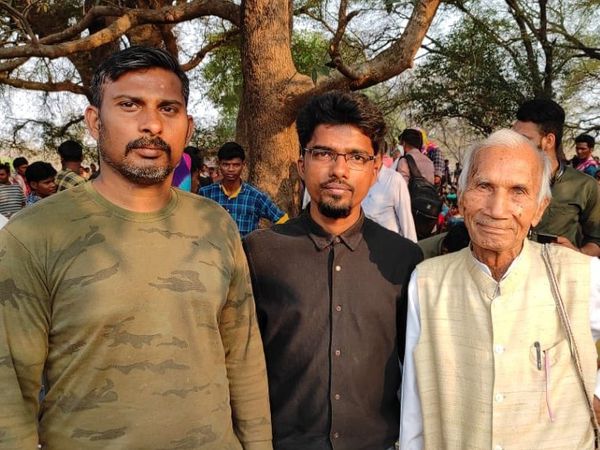 Padmashree Dharmapal Saini played a big role in the release of CRPF jawan.

After the release, Rakeshwar Singh underwent a medical examination.

Naxalites were on the driving seat in this entire development. He said that despite the claims of the government, everything is in his hands. Where the big operation was being claimed, the Naxalites gave the message by releasing Rakeshwar Singh that the rule over that area belongs to us. It is also considered as a Naxalite mind game. There are some other aspects which show how the government, police, military and administration remained spectators in front of the Naxalites.

How Naxalites made psychological gains 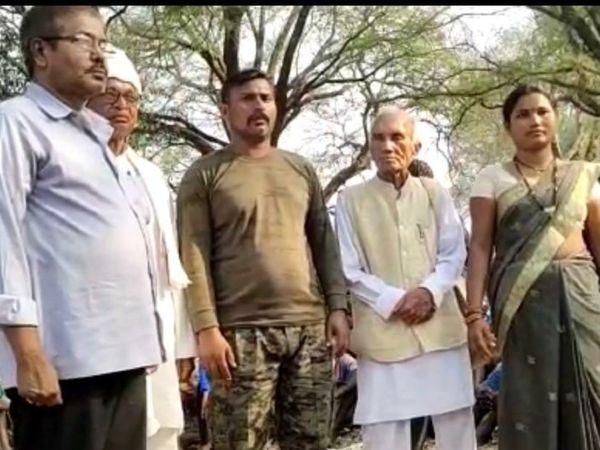 IG Sundarraj P. of Bastar Range has admitted that the help of social organizations / public representatives and journalists was taken for the return of Rakeshwar Singh.

In 1999, a plane of Indian Airlines was hijacked by Nepal by 5 terrorists. The terrorists took it from Kathmandu to Amritsar and Lahore to Kandahar in Afghanistan. In lieu of safe release of 178 passengers there, the terrorists had conditioned the release of 3 terrorists, including Maulana Masood Azhar. A special plane was sent from India to release these terrorists. The minister of the government himself went to Kandahar with them. After this the hostages were released, but the image of India became a soft state.

Sukma Collector was kidnapped 9 years ago
On April 21, 2012, Alex Paul Menon, collector of Sukma district of Bastar division, was abducted by Naxalites. Menon was abducted during Janchaupal in Keralapala village. Two of his SPOs were also murdered. He was released after about 12 days by two intermediaries appointed by the government and the Naxalites. Two Maoist negotiators BD Sharma and Professor Hargopal had returned from Tadmetla forest.

Once again, under the government’s nose, the Naxalites leave the Janata Adalat in the presence of security forces in the area after presenting the CRPF jawans in front of the government intermediaries and the media after the war. The incident has raised many questions about the whole situation. Now it is for the government and security forces to see how they decide the future strategy by countering the hidden messages in this incident.