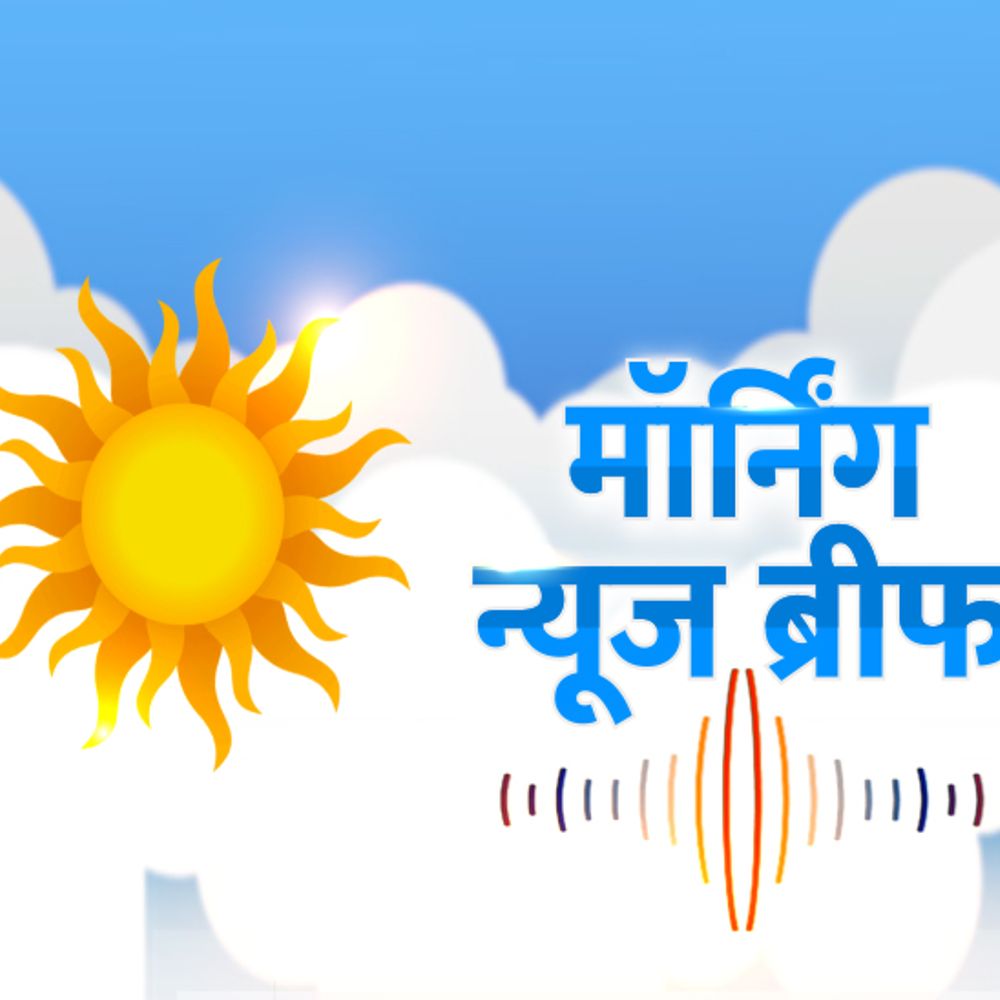 Hi!
After winning in Assam and Puducherry, now how many NDA governments in the country? Why did the Center say that Delhi government is imposing its responsibility on us and what record did the country’s exports set in April? This morning, we have brought such special news for you. So let’s start the morning news brief…

Country world
Governments repeat in Bengal, Assam and Kerala
The election results of Bengal, Assam, Tamil Nadu, Kerala and Puducherry came on Sunday after an election process that lasted 62 days among Corona’s record cases. Bengal, Kerala and Assam did not see a change. The Trinamool in Bengal, the LDF in Kerala and the BJP in Assam will form the government, which was also there in the past. Yes, there is definitely a change in Tamil Nadu. The DMK is close to forming the government there. Congress is with him in the election. Here, the matter seems to be stuck in Puducherry. The most surprising result was the defeat of Mamata Banerjee. He was defeated by Shubhendu Adhikari of BJP.

Mamta stood on her feet with the election results
After scoring a double century in her state, Mamta appeared in front of everyone on Sunday evening. About 53 days later people found him standing on his feet. The wheel chair was absent. The crowd in front and its noise. Mamata was showing less than she was happy. He said that such a big victory will not be celebrated yet. When Corona is over, we will welcome it. Then it was raining all over… from the government to the Election Commission, all over. Where will you fight, till you win. Nobody will leave.

Prashant Kishore retired by winning Trinamool
The BJP continued to claim 200 cross seats during the Bengal election campaign. In response, Trinamool election strategist Prashant Kishore said that if BJP crosses double digit then I will quit my job. The election results vindicated Prashant, but he was shocked in a TV interview saying that he now wants to leave I-PAC (his firm) after this victory. Now they do not want to work to create an electoral strategy. He wants the rest of his teammates to handle the task now.

Now the rule of NDA in 18 territories
The election results of five states are almost clear. In this, on the political map of India, the National Democratic Alliance (NDA) of the Bharatiya Janata Party (BJP) has seen the benefit of a state, but with the help of the Union Territory of Puducherry. Here the BJP and its allies are expected to form the government. This will increase the number of states with BJP and its allies in the country to 18. However, in terms of population and area, it will not benefit much, because Puducherry is a very small state with a population of 14 lakh and an area of ​​483 square kilometers.

Corona guideline stripped in election in UP
Apart from the election results of 5 states, today the votes are being counted for the panchayat elections held in 75 districts of Uttar Pradesh. During this time, there was a lot of damage to the Corona Guidelines. These are the same elections, which are believed to be the biggest reason for spreading corona to village. In the elections, 12.89 lakh candidates have landed the posts of Zilla Panchayat member, Kshetra Panchayat member, Pradhan and Gram Panchayat ward member. During counting, agents and electoral staff test were also done at many places. During the counting in Moradabad, 14 people were found to be Corona positive.

Modi’s high-level meeting on Corona
Prime Minister Narendra Modi held a high-level meeting on Sunday amidst uncontrolled Corona in the country. During this, Modi talked with experts on different issues. According to government sources, PM reviewed the matter of increasing human resources for effective management of corona. The meeting decided to take a number of steps such as pass-outs from medical and nursing courses or encouraging students to join Kovid Duty. Detail information will be shared on Monday.

Expander
Which vaccine is the best – Kovishield, Kovaxin or Sputnik V?
Starting May 1, 18+ vaccines have begun to control the second wave of corona and to vaccinate the entire population as soon as possible. Many states will start in a day or two due to lack of vaccine doses. But it is also important to know about the vaccine that is being used or is going to be used. Meanwhile, the debate has also started as to which vaccine is better – Kovishield or Kovaxin? Then the third Russian vaccine – Sputnik V will also be available.
Read full news …

Rajasthan wins with Butler’s century
In IPL 2021, Rajasthan Royals defeated Sunrisers Hyderabad by 55 runs. This is Rajasthan’s third win over Hyderabad in the last 4 matches. Rajasthan scored 220 runs losing 3 wickets in 20 overs. Jose Butler scored 124 runs off 64 balls. At the same time, Sanju Samson also scored 48 runs. In response, Hyderabad were able to score 165 runs after losing 8 wickets in 20 overs. Even after changing the captain, there was no change in the result of Hyderabad. This is SRH’s sixth defeat in 7 matches this season.

Delhi on top in IPL point table with victory
Delhi Capitals (DC) has reached number one in the IPL points table after winning 6 out of 8 matches. The team defeated Punjab Kings by 7 wickets on Sunday. Punjab captain Mayank Agarwal scored an unbeaten 99 off 58 balls. Delhi’s Shikhar Dhawan’s fifty was heavy on this. Batting first after losing the toss, the Punjab team gave a target of 167 runs. In response, the Delhi team lost 3 wickets and scored 167 runs in 17.4 overs and made the match in their name.

Today’s positive news
Free oxygen provided to more than 1 thousand people
The country’s capital Delhi is longing for oxygen. Be it big hospitals, small clinics or people who are undergoing treatment at home, the challenge is equal to everyone. Adequate amounts of oxygen are not available to anyone. During this crisis, some people are trying to help people on a personal level. Shariq Hussain, who lives in the Jamia Nagar area of ​​Delhi, is also among such people. Their small flat in a thin lane has become an oxygen supply center at this time.
Read full news …

What’s more in the headlines…

The son of the famous classical singer has slammed the government: Pandit Rajan Mishra, without ventilator, now Kovid Hospital in Benaras after him; ...

In Surat, there were fewer wood for the funeral: sugarcane peels were being demanded...

Verdict: 14-day lockdown in Odisha, affected by Corona, restrictions will apply from May 5