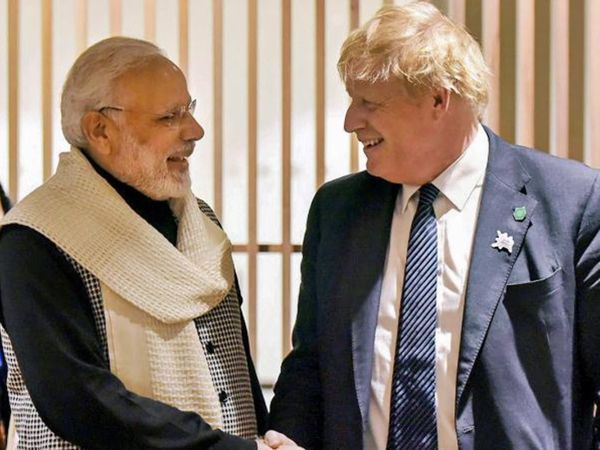 Focus not only on trade, but also on defense
One thing worth noting at the summit of Modi and Johnson. On the one hand, while both countries have agreed to double the trade, on the other hand, they have agreed to form a strategic partnership in the defense sector as well. This is also the first time that cyber space and naval cooperation in defense sector and intelligence sharing have been agreed. For India, this partnership becomes very important in this context because, it poses a threat to China and Pakistan.

Britain will increase help on Kovid-19
India is facing a second wave of Kovid-19 these days. Every day around 3 lakhs are getting infected in the country. Many countries have helped India in this difficult period. Britain has also promised to increase aid. Apart from this, both countries will increase cooperation according to the roadmap in the health, technology and energy sectors. India has once again said that it will abide by the terms of the Paris Agreement on the issue of climate.