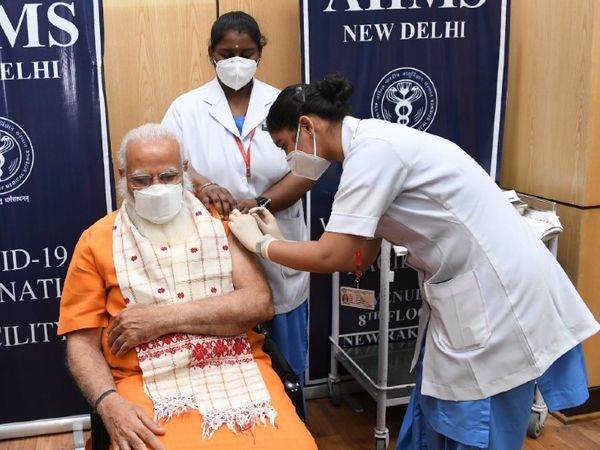 Things are getting worse with Corona across the country. On Wednesday, a record 1 lakh 26 thousand 265 people were found infected in the country. This is the first time since the epidemic started last year when so many people have been infected by infection within a day. Earlier, on April 6, 1.15 lakh people were found corona positive within a day.

Apart from this, on Wednesday, 684 patients died and 59 thousand 129 people were recovered. With this, the number of corona infections has now crossed 1.29 lakhs. Of these, 1.18 lakh people have been cured, while 1.66 lakh patients have died. There are 9 lakh 5 thousand patients who are undergoing treatment.

Meanwhile, Prime Minister Narendra Modi also took the second dose of the Corona vaccine. In the early hours of morning in AIIMS New Delhi, he made his second dose of Kovaxin. The first dose was put on March 1. While sharing the photo on social media, he also appealed to other people to get the vaccine. Wrote, ‘Vaccination is one of the few ways through which corona can be defeated. Therefore, if you complete the eligibility to get the vaccine, get it done immediately. 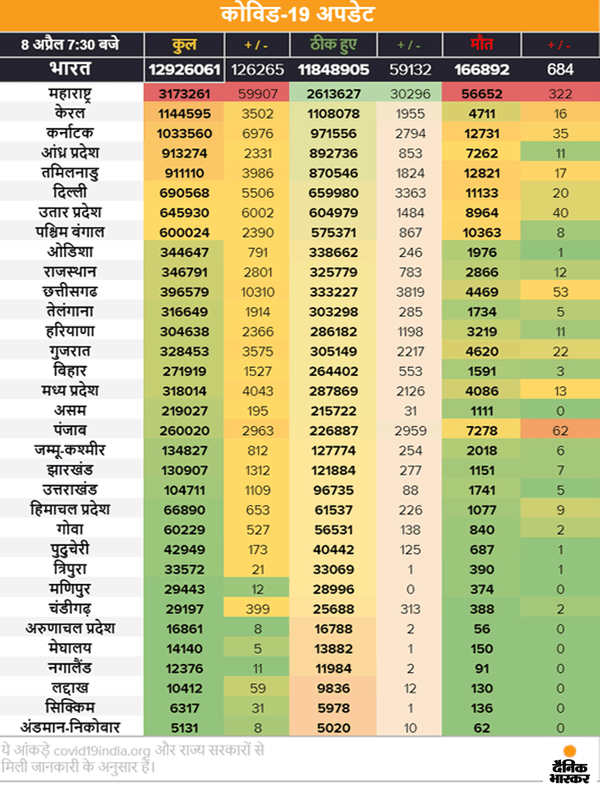 Most of the major states are …

6. Rajasthan
On Wednesday, 2,801 infected people were identified. 851 patients recovered and 12 people died. So far, about 3.46 lakh patients have been affected by the epidemic in the state. Of these, 3.46 lakh have been cured, while 2,866 have lost their lives. Presently 18,146 patients are undergoing treatment.

IPL 2021: Sam Curran did ‘fencing’ in front of Ravindra Jadeja, then see what...