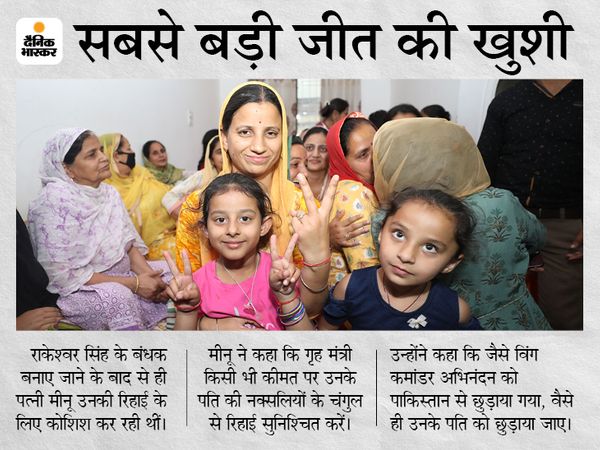 Meenu, who has been living with fear, disappointment and anger for the last 5 days, is very happy. So happy that she is saying that today is the most happy day for her. Meenu is the wife of Rakeshwar Singh, a CRPF jawan who has been exempted from Naxalite imprisonment. Rakeshwar Singh’s family lives in Netrakoti village in Jammu. Happiness is being celebrated in his house at this time. People around are converging. Laddus are being distributed. Happiness has returned to Meenu’s face. His daughter has a laugh on her face. He is now waiting for Papa to come home. 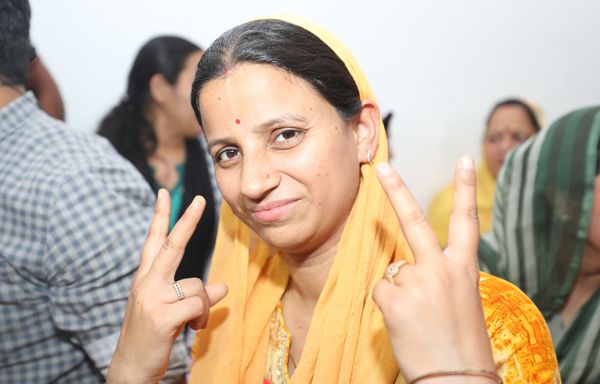 After Rakeshwar’s release, Meenu said that I was confident of his return.

After Rakeshwar’s release, Meenu said that I was confident of his return. Thank God, the government, the media and the military for this. He told that Rakeshwar is in good health. At the same time, Rakeshwar’s mother Kunti Devi said that we are very happy. I also thank those who are leaving our son. Thank God. When the government was talking, I had some faith, but my mind was nervous. 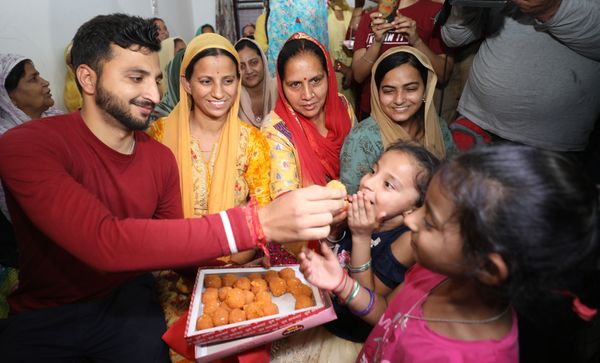 After the news of Rakeshwar Singh’s release, boys are being distributed in his house. Photo- Ankur Sethi

The heaviest 5 days of life
Meenu’s husband Rakeshwar is the Commando of Cobra Force. He joined CRPF in 2011. He was posted three months ago in Chhattisgarh. Rakeshwar, 35, was part of an operation team of security forces that went to the Bijapur-Sukma jungles on Saturday to eliminate the Naxalites. Meanwhile, the Naxalites attacked. Reports of the martyrdom of the soldiers started coming and within a few hours it was found that 23 soldiers who had been victims of the attack had lost their lives. 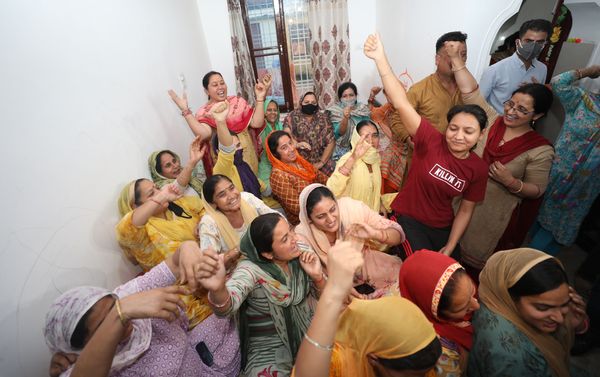 After 5 days, laughter has returned to these faces, who are dying of fear of something untoward. Photo- Ankur Sethi

Meanwhile, news came that a jawan is also missing. This news was from Rakeshwar itself. There was a discussion that they are in the possession of the Naxalites. On 6 April, the spokesperson of Dandakaranya Special Zonal Committee of CPI Maoist issued a press note and said that the missing jawan should be taken hostage. After this Meenu appeared.

Meenu said that it is the responsibility of the government, they should find our soldiers. The husband is said to be missing. I spoke to him on Friday night, he told me that I am packing food, I have to go on an operation. Since then, they have not been able to find out. The phone is also missing.

Finally, after 5 days, the wait for Meenu and his family is over. On Thursday evening, news came that the Naxalites had left Rakeshwar.

There was some relief when Naxalites sent photos
The Naxalites had released a photo of the young Rakeshwar Singh. In this, Rakeshwar was seen sitting in the camp of Naxalites. Naxalites had said that they are safe. Seeing this, his family was relieved. However, a second battle for Meenu began after this. This fight was to free her husband. 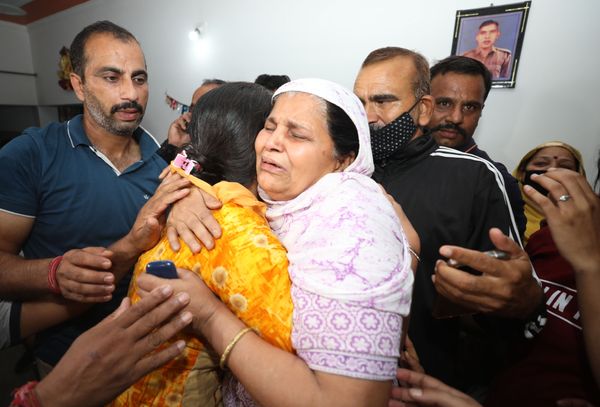 The family’s cry broke out of the news of the son’s return safely. Photo- Ankur Sethi

CDS Rawat said – All the three wars will fight together in future.