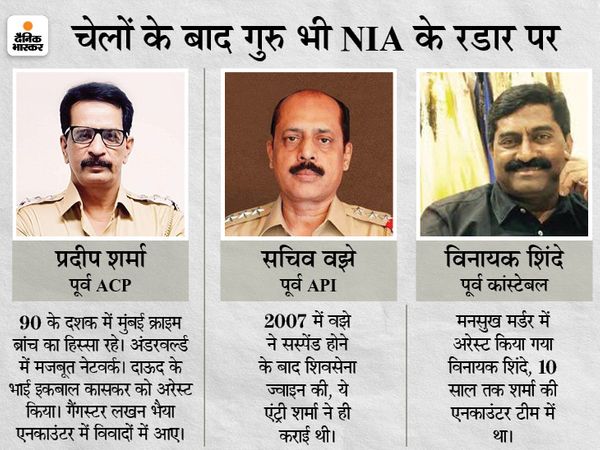 On Wednesday, the NIA questioned former ACP encounter specialist Pradeep Sharma in the Antilia and Mansukh murder case. The NIA wants to know if Pradeep Sharma was in touch with suspended API Sachin Vazhe and former constable Vinayak Shinde Sharma. Former constable Vinayak Shinde, who was arrested in connection with the murder of Mansukh Hiren, is also close to Sharma.

Sharma, who contested on Shiv Sena ticket, has lived in Thane’s Anti Extortion Cell. In the 90s, he was included in the team of Mumbai Crime Branch. This team was entrusted with the task of wiping out the underworld. From here, Sharma became an encounter specialist.

From the answers to 4 questions, understand the connection of Guru-disciples and the case

1. Why did Sharma get on the NIA radar?
According to sources, the NIA has information about a meeting of Pradeep Sharma and Sachin Waze. During the investigation, the agency came to know that a few days before Mansukh’s murder, he met a person in Andheri area. Pradeep Sharma also lives in this area. It is suspected that the meeting took place between Vaze and Sharma. In a CCTV footage, Vaje and Shinde Bandra are seen sitting in the car on the Worli Sea link. The agency believes that both of them were going to meet Sharma in Andheri. The last location of the number from which Mansukh was called and called was JB Nagar in Andheri. The NIA also carried out raids in several areas in Andheri from 10 am to 6 am on 3 April.

2. What does the NIA want to know from Sharma?
NIA wants to know when Sharma last met Vazh? Was he in contact with Sharma even after he left the job? Did Sharma have a meeting with me and Shinde? Did she and Shinde talk to Sharma about Mansukh Hiren?

3. What is the connection between Vaze and Sharma?
She joined the Shiv Sena in 2007 when she was suspended. It is believed that he was the one who made Sharma’s entry into the Shiv Sena. However, on behalf of the Shiv Sena, it has been continuously said that after 2008, he had not renewed the membership of Vazhe. Pradeep Sharma is called Vajh’s Guru. He himself contested from Nalaspora Assembly constituency in 2019 on a Shiv Sena ticket.

4. How close to Sharma is Vinayak Shinde?
On the other hand, Shinde was part of the same encounter team which also had Sharma for 10 years. The entire team, including Sharma and Shinde, was accused of fake encounter of Chhota Rajan’s henchman Lakhan Bhaiya. It was alleged that Lakhan had an encounter after taking money from Mumbai builder Janardan Bhande. Sharma was also suspended but later acquitted from the court. Vinayak was arrested in this case. He came out on parole and during this time Mansukh Murder Case came out.

Sharma has been in the police department for 35 years

Born in Uttar Pradesh and settled in Dhule (Maharashtra), Pradeep Sharma made 112 encounters in 35 years of police service. He is the first policeman in the country to have more than 100 encounters. In 2019, he left the Maharashtra Police Department. Subsequently contested in 2019. He runs his NGO PS Foundation. 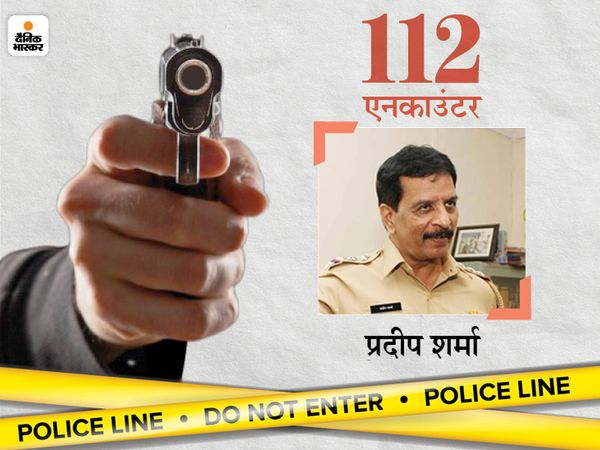 Pradeep Sharma’s name in many controversies

Mukhtar Ansari will return to UP: Court refuses to set up medical board, video...

BCCI increased Hardik Pandya’s salary, Virat Kohli and Rohit Sharma will get so much...

Income tax return: information of more than 10 lakh transactions till May 31