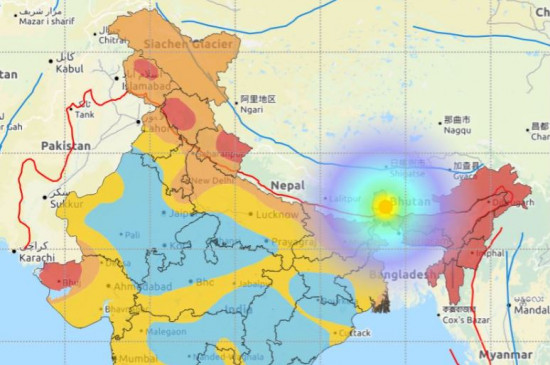 Digital Desk, New Delhi. Earthquake tremors were felt on Sikkim-Nepal border at 8.49 am on Monday night. According to the news agency, the earthquake on the Richter scale was 5.4. Earthquake tremors have also been felt in West Bengal, Bihar and Assam. At present, no damage has been reported from anywhere, but people came out of their homes in panic.

According to reports, the epicenter of the earthquake was 25 km east of Sikkim’s capital Gangtok and 10 km deep in the ground towards the northeast. Earthquake tremors have been felt in Bihar’s capital Patna along with Araria, Purnia and Kishanganj. After this people panicked and came out of the houses. However, there is no report of loss of life or property.

Zone-1: It covers parts of western Madhya Pradesh, eastern Maharashtra, Andhra Pradesh, Karnataka and Orissa. There is the least risk of earthquake here.

Zone-2: Tamil Nadu, Rajasthan and parts of Madhya Pradesh, West Bengal and Haryana. There is a possibility of earthquake here.

Zone-5: This is the most dangerous area in terms of earthquake. This includes the Kutch region of Gujarat, a part of Uttaranchal and most of the northeastern states.

Find out potential key to protection against obesity, according to research