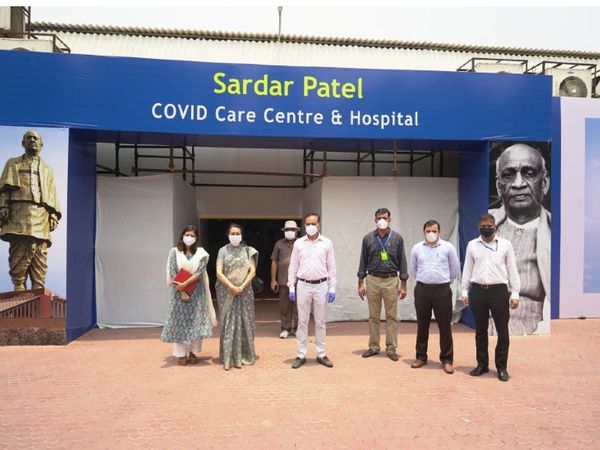 The DRDO was set up by the Sardar Vallabhbhai Patel Covid Center in Delhi after Corona’s cases escalated last year. It was prepared in a short span of 12 days. There are also more than 200 ICU beds, separate rooms for doctors, pharmacy and medical labs. (File photo)

Things are getting worse with Corona in Delhi. More than 20 thousand are getting infected every day. Meanwhile, Deputy Chief Minister Manish Sisodia has written a letter to Defense Minister Rajnath Singh. In this, there has been a demand to provide oxygen as per the requirement in Delhi. Also said that the way DRDO has built a hospital here, the army should help us in building more hospitals.

Two days ago, on Saturday itself, the High Court heard the petition filed in Delhi on lack of oxygen supply, beds and medicines. During this time, the court had strongly reprimanded the Kejriwal government. He also asked why he did not enlist the help of the army to deal with Kovid. It was only after this that the Delhi government sought help from the Center.

High court said – Central government should reply soon
Apart from this, the Delhi government has also informed the High Court about seeking army from the central government. Here, the High Court has asked the Center to respond as soon as possible. On this, Additional Solicitor General Chetan Sharma, present in the court, said that he will take instructions from the Center in this regard.

Complaint of getting less oxygen
Deputy Chief Minister Manish Sisodia says that on Sunday, Delhi has received 440 metric tonnes of oxygen. While 590 metric tonne quota of oxygen is fixed. We need 976 MT of oxygen daily. He said that the number of beds is also being increased. Meanwhile, Chief Minister Arvind Kejriwal is also holding a meeting with officials on Monday on Kovid’s situation.

More than 400 deaths have been happening since last two days
Instead of improving the situation in Delhi is continuously deteriorating. More than 20 thousand cases are coming here every day for the last several days. At the same time, more than 400 people have been dying for the last two days. The situation here did not improve even after partial lockdown. Oxygen is currently the biggest concern in Delhi. People are forced to wander for beds and hospitals.

The son of the famous classical singer has slammed the government: Pandit Rajan Mishra, without ventilator, now Kovid Hospital in Benaras after him; ...

IPL 2021: This team benefited in Points Table, know who got Orange Cap and...