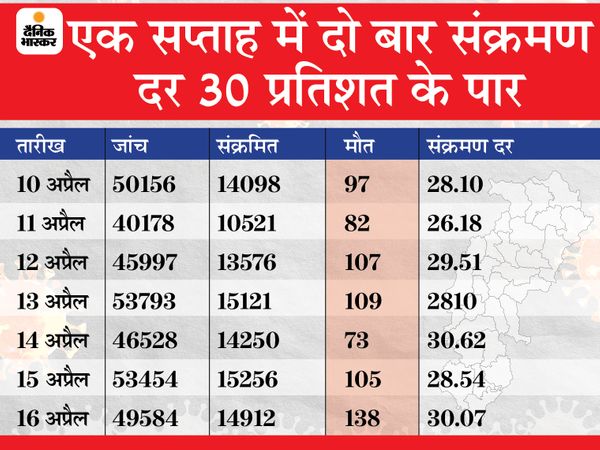 Due to corona in Chhattisgarh, the lock-on of socio-economic activities continues district by district. On Saturday, a lockdown order was also issued in Narayanpur district of Bastar. There will be a lockdown from 19 to 26 April. This district is one of the least active patients in the state. There are currently 113 patients here.

According to government figures, only two people from Narayanpur have died due to corona in a year. Earlier, a lockdown was imposed in Dantewada district from April 18 to 27. With these, lockdown has been announced in 22 of the 28 districts of the state. Out of these, it is going to be effective from April 18 in Dantewada and April 19 in Narayanpur. 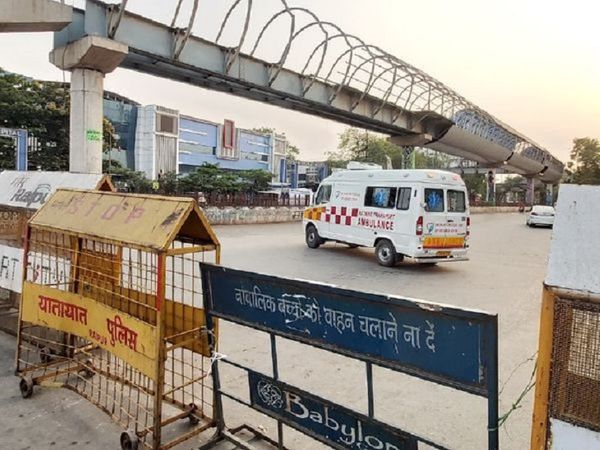 During the lockdown, only police and health services vehicles are seen on the streets of Raipur. Many roads have been one-way.

Some districts, such as Raipur, are considering increasing the lockdown already underway. The lockdown at Durg was coming to an end on 14 April, it was extended to 19 April. The lockdown in Raipur will end at 6 am on April 19. Meanwhile, the administration can issue a new order. 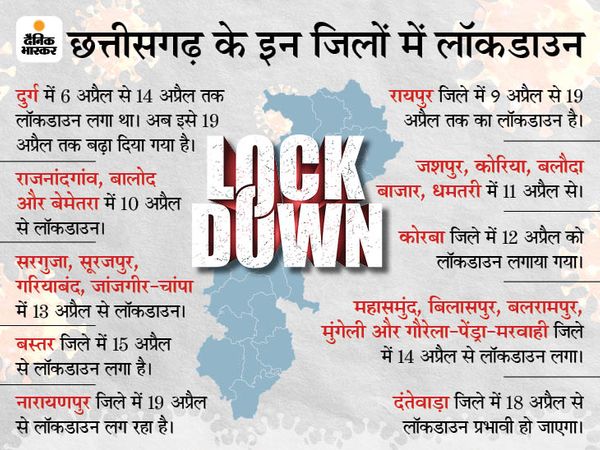 Fruits and vegetables to be sold by hawking
The government has given some relief to the people amid the lockdown. Chief Minister Bhupesh Baghel has asked the collectors to allow them to sell fruit and vegetables by hawking in mohallas and colonies. Fruit and vegetable growers can also bring goods from the fields and sell them from house to house in the colonies. No one will be allowed to set up shop. Milk’s home access service is already exempted.

Co-vaccine vaccine arrived after a long time
After more than a month gap, the central government has sent a consignment of 3 lakh doses of co-vaccine vaccine to Raipur. At the same time, there has also been a consignment of the Kovishield vaccine. It has 3 lakh doses. The work of delivering these vaccines to different districts has started. Earlier, only 72 thousand doses were received in two consignments of co-vaccine. There was also a dispute between the state and the central government over the approval of this vaccine.

All Adults in US Eligible for Covid-19 Vaccine by April 19, Announces Biden

Disorder Breaks Out In Northern Ireland For Second Straight Night