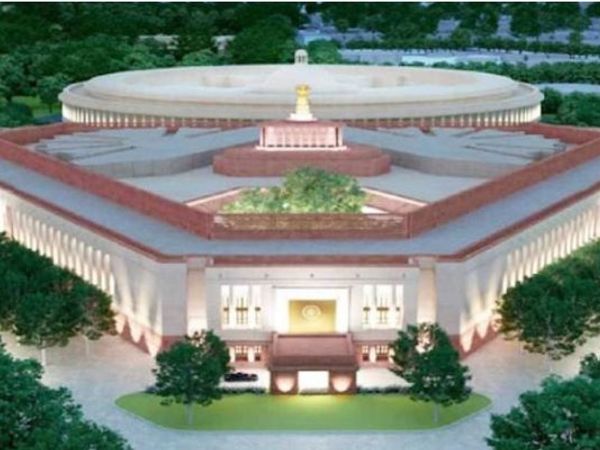 Model of the Prime Minister’s new residence being built under the Central Vista Project.

The Prime Minister’s new residence will be ready by December 2022. It is being prepared under the Central Vista Project. The country is currently facing an epidemic. Most states in the country have a lockdown, but construction continues in the Central Vista project. The project has received all environmental approvals and has been placed in the ‘Essential Services’ Act. Therefore, construction work has not been stopped here.

Government green signal
Despite the opposition’s objection, the government gave this green signal. There are orders to strictly follow the project’s time line. The buildings under the Central Vista project, which will be ready by next year, include the Prime Minister’s House. At present, Prime Minister lives on 7, Lok Kalyan Marg. Until the era of the UPA government, it was called 7, Race Course Road.

Vice President and SPG headquarters as well
The new buildings that will be ready by December next year include the Headquarters of the Special Protection Group deployed in their security besides the Prime Minister’s residence. An executive enclave for the bureaucrats will also be ready during this time.

The project also includes the residence of the Vice President. It will be ready by May next year. The total cost for the Central Vista project will be 13 thousand 450 crores. According to the plan, 46 thousand people will get employment in the project.

Opposition opposition
Opposition parties have been opposing the construction of a new parliament building, government office and prime minister’s residence. People on social media also opposed the project, saying that it should be stopped during the epidemic. Some people say that there is a problem of hospitals during this time. There is a shortage of oxygen, vaccines and medicines.

According to the plan, government buildings and some houses are to be built in Delhi before the 2024 Lok Sabha elections. For this, an area of ​​four kilometers from Rashtrapati Bhavan to India Gate was chosen. Recently, Rahul Gandhi termed the Central Vista project as unnecessary. The government defended it by saying that the old buildings were dilapidated. The project was also challenged in the Supreme Court, but the Supreme Court also refused to put a stay on it. The Supreme Court had said that the project is not against environmental or land-use reforms.

New PM house to be built on 15 acres
Shastri Bhavan, Udyog Bhavan, Nirman Bhawan, Krishi Bhavan and many other buildings will also be demolished to create a shared central secretariat of ministries. According to the recent proposal of CPWD (Central Public Works Department) in the Central Vista Redevelopment Project, the Prime Minister’s new residential complex will consist of 10 four-storey buildings. The Prime Minister’s new residence will be built on 15 acres of land.

Golden City of Egypt: buried in the sand of Egypt, 3000 years old largest...

Rahul on oxygen after the lockdown: questioned the continuation of the work of Central...