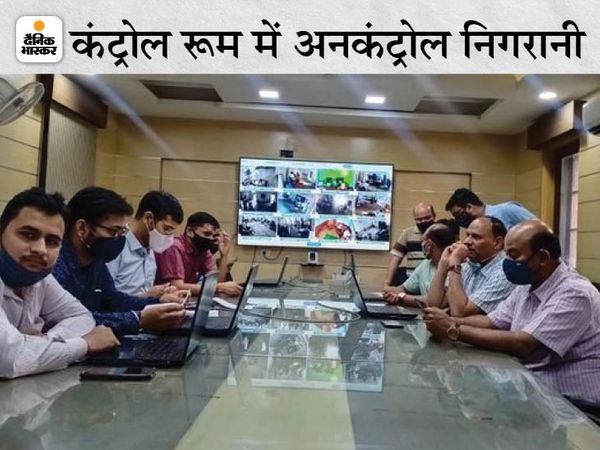 Election officers are keeping an eye on the by-elections in Rajasthan from the control room set up in Jaipur. Some of these officers sitting in the AC room have not put masks properly, which is dangerous for them.

Voting is going on for the by-elections on three seats in Rajasthan, one each in Madhya Pradesh, Jharkhand and Maharashtra. Here, voters showed enthusiasm for voting as well as fear of Corona. Polling booths were erected at the polling booths and voters were raised. Before casting votes, people’s hands were sanitized and globs were also given at many booths.

Voting on three seats of Rajasthan

Polling has started for the by-elections in Sahada, Sujangarh and Rajsamand assemblies of Rajasthan at exactly 7 am on Saturday. Given the circumstances of Kovid, voters have been given more time to vote. Voting starts at 8 am each time. According to the Election Commission, 10.56% voting has been done till 9 am.

In almost all the places in the three assembly constituencies, there is a lot of enthusiasm among the people, but in view of the increasing transition of Corona, people definitely show some sympathy. There are also long queues of women at many centers. 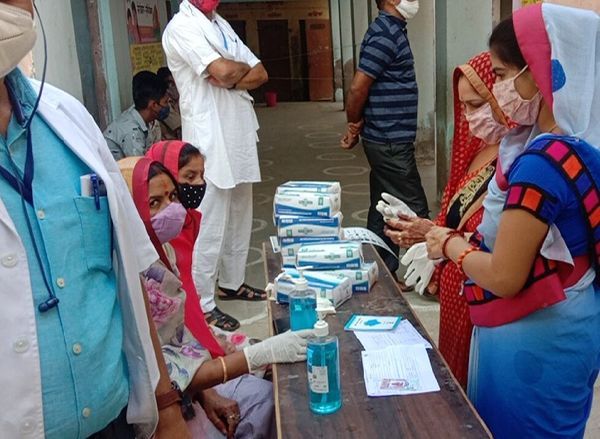 Glubs were given at a polling station in Sujangarh assembly constituency of Churu. Voters who used to wear and vote. Photo Akhilesh Dadhich, Sujangarh

Whose reputation, whose support
There is a direct contest between BJP and Congress in all three seats, but RLP candidates can also work to spoil the electoral arithmetic of both. The victory or defeat of these three seats is not going to affect both the major parties BJP and Congress in terms of the arithmetic of the members of the assembly, but the Congress is assuming that this victory can bring down the functioning of its government. The BJP generally does not take the by-election too seriously, yet its effort is certainly visible in the Rajsamand seat already occupied. 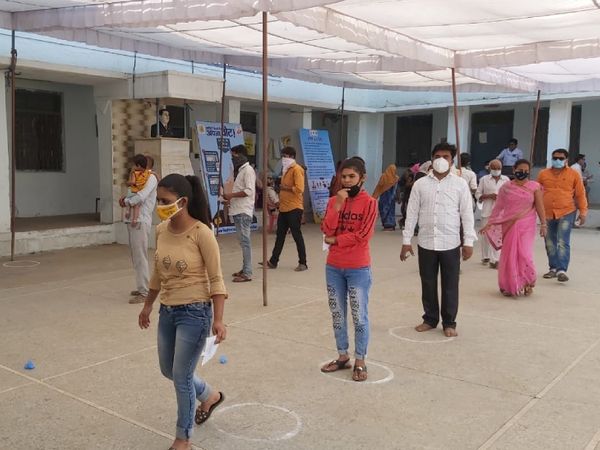 This photo is of a polling booth in Damoh. Voters were erected here, making social distancing.

Voting started at many centers in Damoh, Madhya Pradesh
Voting is going on for the Damoh assembly by-election. Somewhere the machines were damaged and polling agents started late due to late arrival of polling agents. The process of sealing the machine after the mock pole took a long time, leading to a delay of about 40 minutes. There was also a negligence in the voting, the people who came wearing globs were inked on their globs. To maintain social distancing at the booths, shells were also made. 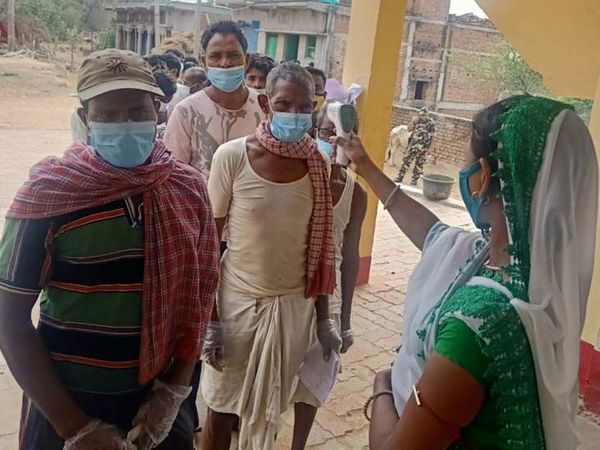 Outside the polling booth, voters are being allowed inside the booth to vote and conduct thermal screening checks.

By-election in Madhupur in Jharkhand

The voting process started at 487 booths at 7 am on Saturday for the Madhupur by-election. Voting is being done at polling stations keeping in mind the Kovid Guidelines. This time in the by-election, 6 candidates are in the fray. Of these, the BJP and JMM candidates are except the remaining independents, whose fate will be decided by 3.22 lakh voters. Among them, there are 1.70 lakh male and 1.52 lakh female voters.

Voting continues on Maharashtra’s Padharpur seat
Voting has begun for the Padharpur assembly seat in Maharashtra, which was vacated by the death of Bharat Bhalke, a legislator of the Nationalist Congress Party. From this seat, the BJP has introduced Samadhan Awadea and NCP has fielded Bhagirath Bhalke. Being part of the Mahavikas Aghadi, the Shiv Sena and the Congress support Bhalke. The main contest is also between these two candidates. This election is no less than a litmus test for the resignation of two ministers and the Mahavikas Aghadi government facing criticism from the opposition during the Corona crisis. This is the first time that Congress-NCP and Shiv Sena have jointly fielded their candidates.