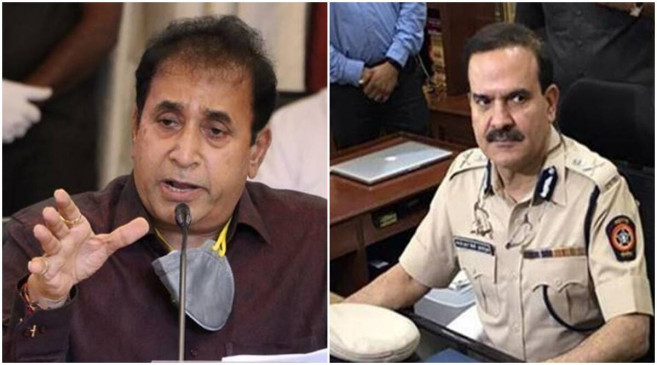 Digital Desk, Mumbai. The Bombay High Court has given a major verdict while hearing the petition of Dr. Jayashree Patil. The court has ordered the CBI to investigate the case of corruption charges leveled against Maharashtra Home Minister Anil Deshmukh. A bench of Chief Justice Dipankar Dutta and Justice GS Kulkarni has asked the CBI to complete the preliminary inquiry within 15 days. In fact, in addition to former Mumbai Police Commissioner Parambir Singh, lawyer Dr. Jayashree Patil in his petition demanded a CBI inquiry against Home Minister Anil Deshmukh. Earlier, on 31 March, the Bombay High Court heard the plea of ​​Parambir Singh and reserved the judgment.

What did the High Court say?
The court said that these allegations have been leveled against Anil Deshmukh, he is the state’s home minister. In such a situation, one cannot depend on the police for a fair investigation. Therefore, the CBI should investigate this matter. The Bombay High Court ordered that the CBI should conduct a preliminary inquiry, in which all would have to cooperate. The report will be submitted to the director of CBI within 15 days. If the case on Home Minister Anil Deshmukh is confirmed in the CBI report, the CBI will file an FIR.

Please tell that former Mumbai Police Commissioner Parambir Singh had filed a petition in the Bombay High Court challenging his transfer from the top post. The former commissioner also demanded a CBI inquiry against Maharashtra Home Minister Anil Deshmukh, accusing him of recovering Rs 100 crore every month. Actually, an explosive-laden Scorpio was found near Antilia, the home of industrialist Mukesh Ambani.

The case is being investigated by the National Investigation Agency (NIA). Investigation reveals that the entire case was hatched at the Police Headquarters and Assistant Police Inspector (API) Sachin Vazhe’s home in Thane. Scorpio owner Mansukh Hiren (who has been murdered) was already in the police headquarters. He was arrested by the NIA after Vazhe’s role surfaced in the case. Later, the then commissioner of Mumbai Parambir Singh was also transferred.

Parambir Singh made a big disclosure by writing a letter to the Chief Minister after the transfer. Parambir Singh had said that Anil Deshmukh called Sachin Waje several times to meet him at home. The Home Minister had targeted Vaje to recover Rs 100 crore every month.