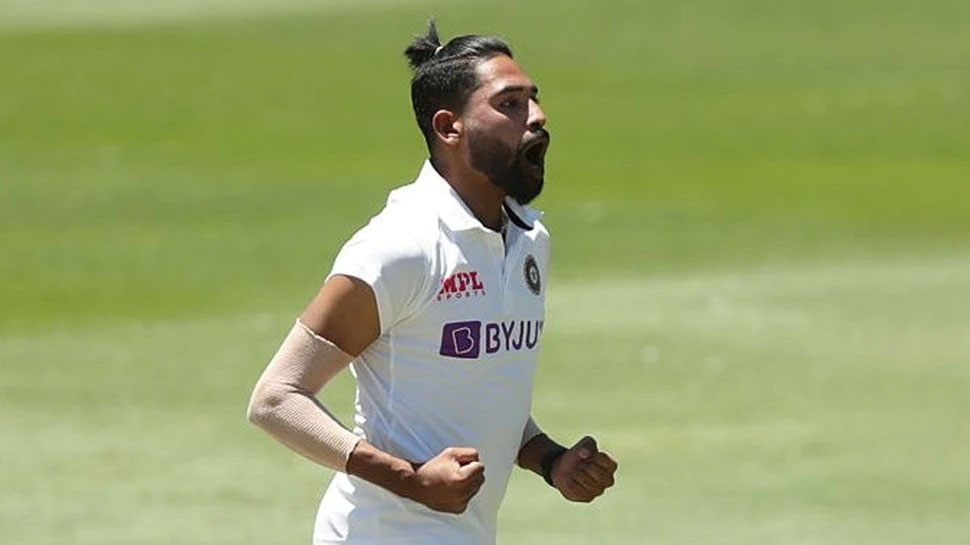 new Delhi: Indian team’s fast bowler Mohammad Siraj (Mohammed Siraj) is one of the most emerging players in the cricket world. Siraj is now ready to work hard and take advantage of opportunities. Siraj told that he has a dream to become the highest wicket-taker for India.

The 27-year-old fast bowler has played five Tests, one ODI and three T20 internationals for India since his debut in November 2017 against New Zealand in the T20 series. Siraj, who played for Royal Challengers Bangalore (RCB) in the IPL, said he wants to play in all three formats and has credited his success to fellow fast bowlers Jaspreet Bumrah and Ishant Sharma. Siraj (Mohammed Siraj) said, ‘Jasprit Bumrah used to stand behind me whenever I bowled. He told me to stick to your basics and do not need to do anything extra. It was good to learn from an experienced player like him.

Siraj (Mohammed Siraj) further said, ‘I have also played with Ishant Sharma, he has played 100 Tests. Felt good by sharing the dressing room with him. My dream is to become the highest wicket-taker for India and I will work hard whenever I get a chance. Siraj, who has taken 39 wickets in 35 IPL matches so far, said that when he joined the team for the first time, his morale had dropped but after a good performance against Kolkata Knight Riders, he was filled with confidence.

Siraj did wonders in Australia

Mohammed Siraj, who debuted in Australia in December last year, is in a good rhythm. Siraj played a big role in India’s victory in the Test series against Australia. He also took 5 wickets in an innings in this series. The tour was also very emotional for Siraj as his father died during this tour. Please tell that his father was the main hand in making Siraj a good player.