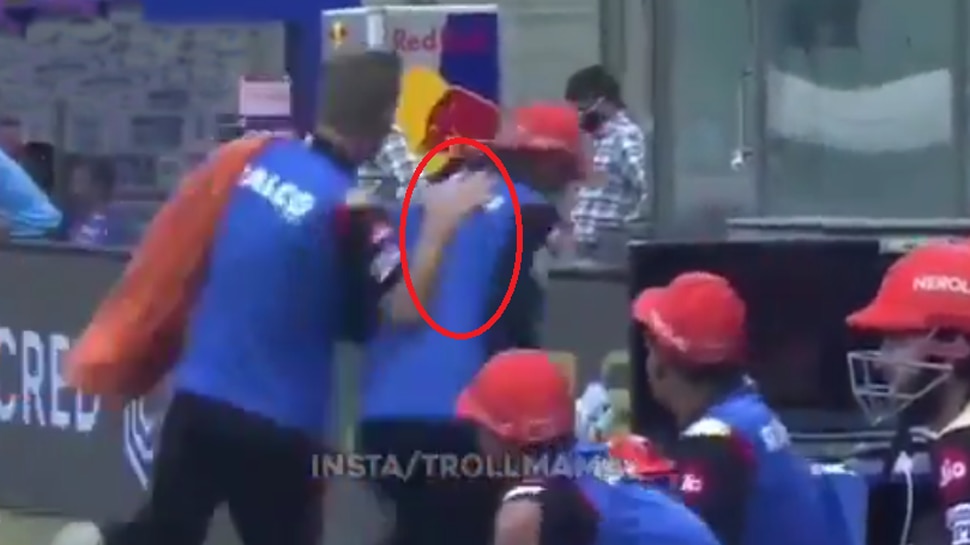 New Delhi: During the IPL match played between Sunrisers Hyderabad and Rajasthan Royals on Sunday, a shocking incident was seen. A video is going viral on social media, in which former Sunrisers Hyderabad captain David Warner is seen pushing his teammate in the dugout.

Captaincy was snatched from Warner

Let us know that recently the Sunrisers Hyderabad team management removed David Warner from the captaincy and gave command to Kane Williamson of New Zealand. David Warner was also not included in the playing eleven in the match played against Rajasthan Royals on Sunday, after which he was seen drinking water from teammates.

Let me tell you that in this match, David Warner was seen collecting balls outside the boundary during the match, carrying drinks for fellow players. Please tell that the Sunrisers Hyderabad franchise has given the command of the team to Williamson by removing David Warner from the captaincy. Apart from removing Warner from captaincy, the franchise also excluded him from the playing eleven against Rajasthan. Nevertheless, Hyderabad faced a 55-run defeat at the hands of Rajasthan. Hyderabad Points is at the bottom of the table.

Kangana Ranaut and Irfan Pathan clash on social media, this is full controversy

Chardham Yatra 2021: Yatra of Yamunotri Dham will open tomorrow, only 25 people including...