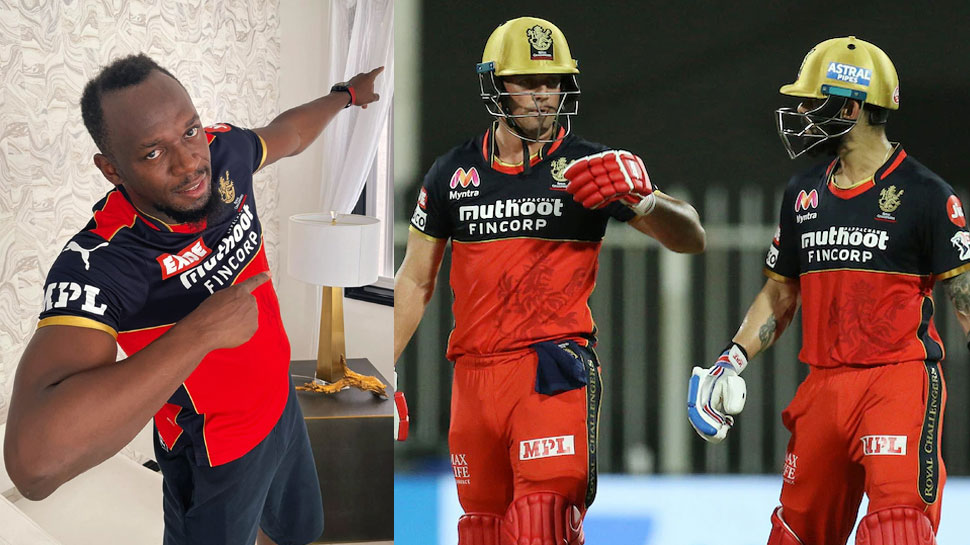 new Delhi: Olympic gold medalist Usain Bolt is known as the fastest running man in the world. He has made a world record in the 100 meter race, but his passion for cricket is not hidden from anyone. Before IPL 2021 (IPL 2021), he has given surprise to the cricket fans.

Usain Bolt posted a photo on Twitter wearing an RCB jersey, as well as tagging Virat Kohli and AB de Villiers, and wrote, Touchlangers, just you Was trying to tell that I am still the fastest runner in the world.

AB de Villiers responded to Usain Bolt without losing time. He wrote in a funny tone, we all know who will be called if we want some extra runs. RCB also reacted, writing, “Red color suits you, legend, now catch a flight to India, we are waiting.”

We know whom to call when we need a few extra runs! @usainbolt @pumacricket

The Red suits you, legend! Next up, catch a flight to India. We’re waiting! https://t.co/tn0GE4KZLt

IPL 2021 (IPL 2021) is starting from 9 April. On this day, RCB team of Virat Kohli will compete with Rohit Sharma’s Mumbai Indians. The opening match will be played at Chepauk ground in Chennai.

Minister of National Defence of Korea to visit India from March 25-27.

RR vs PBKS IPL 2021: These players started dancing in a different style after...