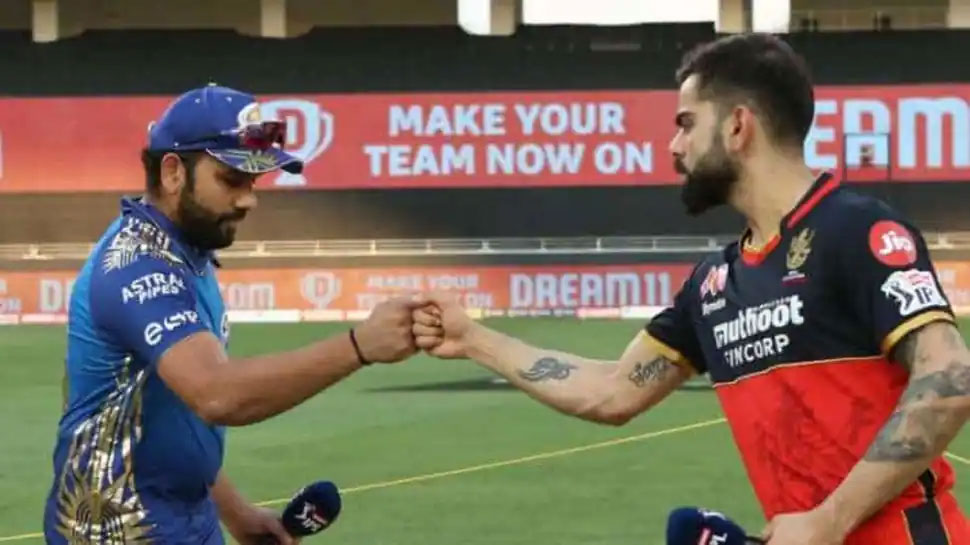 new Delhi: Indian Premier League 2021 (IPL 2021) is starting from today in 6 big cities of India. In the first match of this league, Virat Kohli’s Royal Challengers Bangalore (RCB) and Rohit Sharma’s Mumbai Indians will be up against. Mumbai’s team will take the ground with the intention of winning their third consecutive and sixth title overall. At the same time, RCB will once again look to win their first IPL title. In all the matches that have taken place between these two teams, Mumbai has the upper hand.

In all the matches that have taken place in the IPL between Mumbai Indians and RCB (Mumbai vs RCB), the Mumbai team has won on more occasions. If we look at the head to head record between the two teams, a total of 29 matches have been played between these two teams since 2008, in which Mumbai has won 19 matches. RCB meanwhile has won only 10 matches in total.
A total of 27 matches have been played between the two teams in the IPL, while two matches were played in the Champions League. Mumbai Indians have won 17 out of 27 times in the IPL. RCB won 10 matches. One match RCB won in a super over. Not only this, Mumbai has defeated RCB in 8 out of the last 10 matches.

Mumbai Indians (MI) have won the IPL title the most 5 times. The team, captained by Rohit Sharma, first won the IPL title in 2013. After this the team won the IPL titles in 2015, 2017, 2019 and again in 2020. This team has won all its titles under the captaincy of Rohit. In this year’s IPL, Mumbai will have their eyes on winning their third consecutive title and sixth overall.

RCB, captained by Virat Kohli, has not done the IPL trophy even once. Every year RCB has a lot of big players but still this team misses out on the last moment. RCB has played the final of the IPL 3 times so far but the game was not played even once. Adorned with stars like Virat Kohli, AB de Villiers and Glenn Maxwell, this team will once again come back with the intention of winning the title this year.

Whose pan will be heavy today

Today, both these teams are to compete in the first match of IPL 2021. There is no doubt that the team of Mumbai is stronger than any other team in the IPL and the chances of winning even today are more from this team. But RCB too is now full of star players. This team has become stronger with the inclusion of Glenn Maxwell.

IPL 2021: When the fans in the KKR and CSK match got hit, many times the heart was broken

IPL 2021: Deepak Chahar’s sister is a supermodel, photos will be missed

Virat Kohli was losing his heart by talking to Katrina Kaif for two minutes,...

Fake video of Ajay Devgn beating, the spokesperson himself told the truth