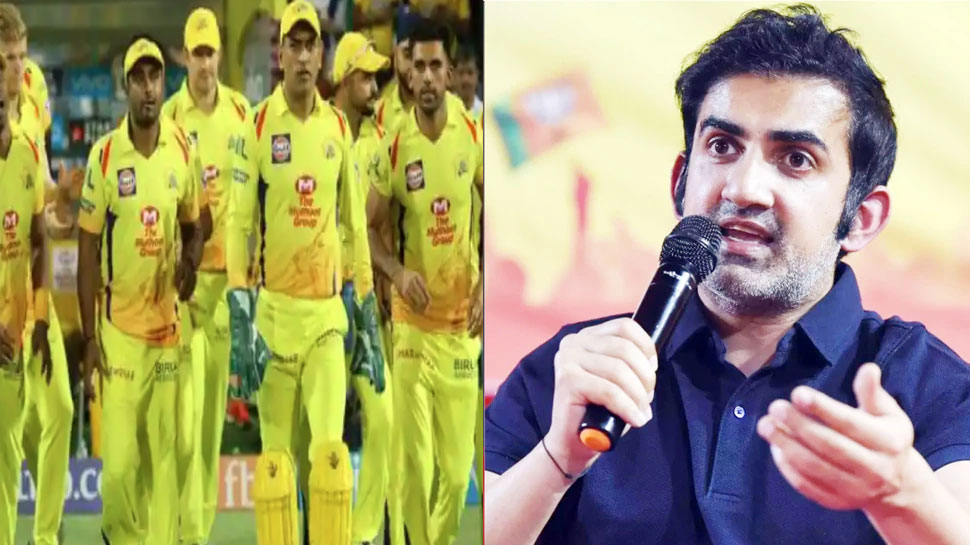 new Delhi: The Indian Premier League 2021 (IPL 2021) starts tomorrow, but before that many veterans have started their prediction about different teams. Meanwhile, former India team batsman Gautam Gambhir (Gautam Gambhir) has also said a big thing about Chennai Super Kings (CSK), captained by Mahendra Singh Dhoni (MS Dhoni). Gambhir told just before the start of IPL whether CSK will reach the playoffs this year or not.

Gambhir made a big prediction

Gautam Gambhir said that like last year, CSK will not reach the IPL playoffs this year. In a conversation with ESPN Cricinfo, Gambhir (Gautam Gambhir) claimed that Chennai Super Kings will not reach the playoffs even this season. Gambhir said that Chennai will remain at number five this season. This is a big prediction before the IPL 2021 about the three-time champion.

Last season was the worst

Mahendra Singh Dhoni (MS Dhoni) team CSK last season was not good. This was the first time in IPL history that CSK had not reached the IPL playoffs. Before this year’s season, CSK released many big players from their team.

CSK has played the finals the most 9 times in IPL history. CSK, meanwhile, has won the IPL Trophy 3 times. This team, captained by Mahendra Singh Dhoni, last won the IPL title by defeating Sunrisers Hyderabad in the final in 2018.

IPL 2021: When the fans in the KKR and CSK match got hit, many times the heart was broken

IPL 2021: Deepak Chahar’s sister is a supermodel, photos will be missed

In ‘Across the Rivers’, these beauties lured Kamariya, whose version did you like?