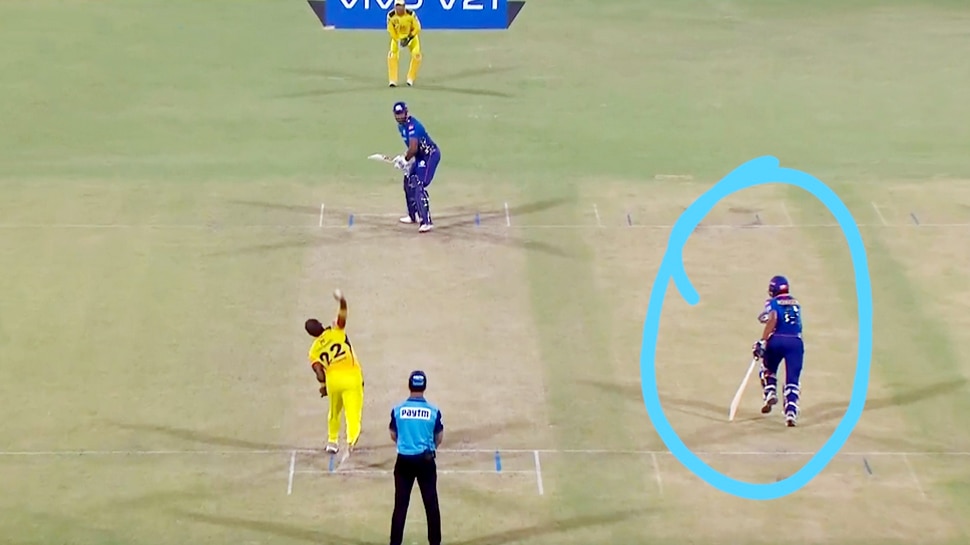 When Pollard played the shot, Kulkarni easily completed two runs and Mumbai got the win. Brad Hogg wrote in tweeting, “Last night, two runs were needed to win the last ball and the player at the non-striker end took advantage of it. Is this sports spirit? ‘

Sorry again for my harp. Last night last ball 2 runs needed and the non striker again taking advantage. Is this in the spirit of the game. #IPL2020 #MIvsCSK pic.twitter.com/HDEwqfSclg

Let us tell you that on the back of an unbeaten innings of 87 runs from 34 balls of Kieron Pollard, Mumbai Indians won by 4 wickets in the IPL match played on Saturday, chasing a seemingly impossible target. Man of the match Pollard showed amazing and Mumbai lost the target of 219 runs on the last ball after losing six wickets. In addition to eight skyscraper sixes, Pollard also hit six fours.

In addition to completing the fastest half-century of the current season in just 17 balls, Pollard made a crucial partnership of 89 runs in 41 balls for the fourth wicket with Krunal Pandya. This is Mumbai’s fourth win in seven matches and is fourth in the team points table with 8 points. Chennai have suffered their second defeat in seven matches and are still at the top with 10 points in the team points table.

IPL 2021: Runs not made faster than David Warner, then grabbed his head on...

Assembly elections: Jaya Bachchan to campaign for TMC in Bengal

NASA’s Ingenuity Helicopter withstands even the coldest night of Mars, history is made but...

Corona in India: more than 34 lakh patients admitted to hospitals across the country,...

May 12: Today, these news will be maintained throughout the day,...