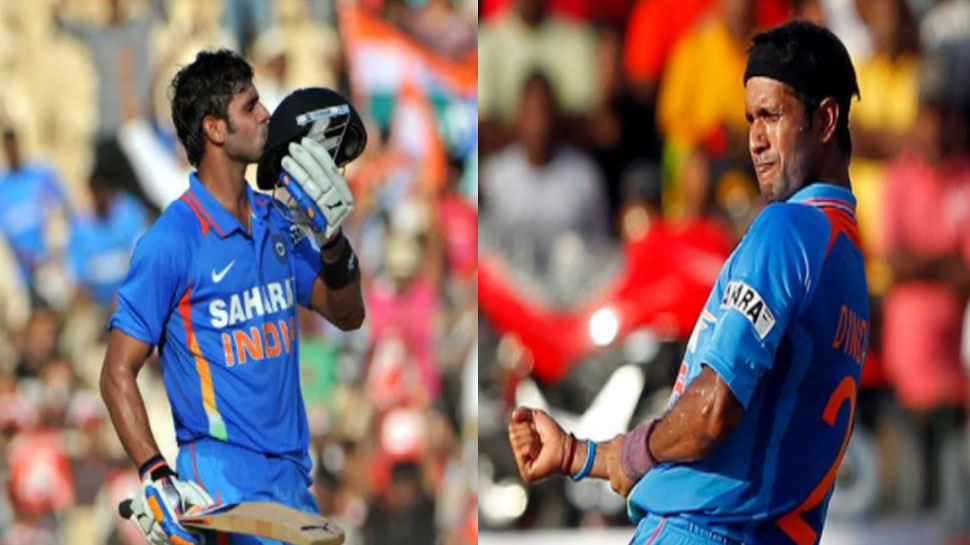 New Delhi: In the West Bengal (West Bengal) assembly elections, Mamta Banerjee’s party Trinamool Congress once again formed its government by winning more than 200 seats. This time, in the election of Bengal, two great players of the field of cricket also tried their emphasis. Both these players also won elections from their respective parties.

Former Indian batsman Manoj Tiwary joined the Trinamool Congress just before the Bengal elections. Manoj Tiwari, 35, won from Shibpur constituency. He made a brilliant debut on the political pitch by defeating the BJP’s Ratin Chakraborty by more than 32 thousand votes. After winning the election, Manoj Tiwari said, ‘I was ready for the election and I also worked hard to win. I campaigned in every house in Shibpur.

At the same time, Ashok Dinda, the former fast bowler of Team India, tried to push the BJP (BJP) in the election riot. Dinda won from the Moyna assembly constituency. Dinda defeated Sangram Kumar Dolai of TMC by over 1200 votes. Sangram Kumar is a veteran candidate from Moyna seat and won the last election by more than 12 thousand votes.

Now you will face each other

These two players, who played together on the cricket pitch for India, will now be in front of each other in the Bengal Assembly. If Manoj Tiwari will be in the fray from TMC, Ashok Dinda will take the front from BJP. Tiwari has played 12 ODIs and 3 T20 matches for India. While Dinda has represented India in 13 ODIs and 9 T20 matches.

Bhaskar Ground Report: Monitoring of every infected through ward management in Kerala; Self-sufficient...

CBI raids on other locations including Anil Deshmukh’s residence