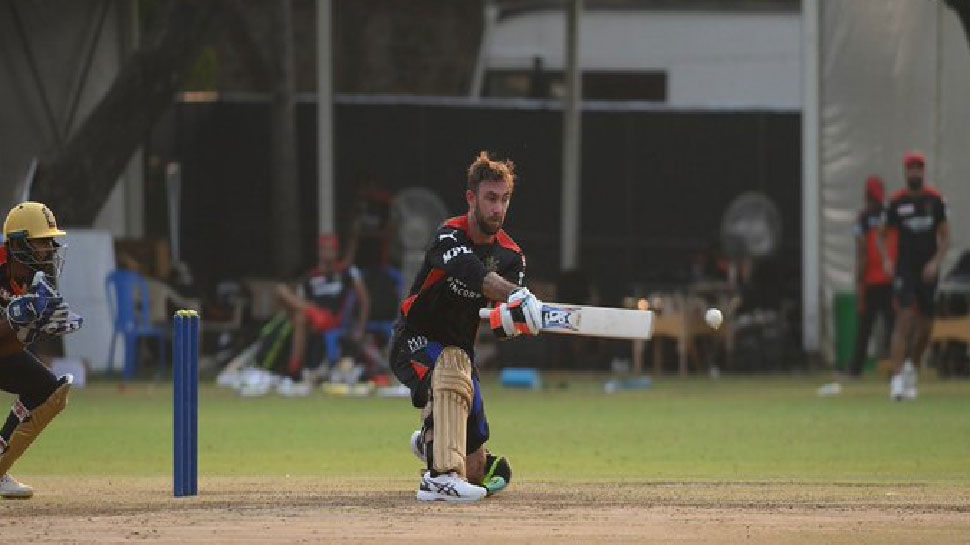 new Delhi: In the 14th season of the Indian Premier League (IPL 14), the fans are probably waiting for the most to see the soon-to-be Australian batsman Glenn Maxwell (Glenn Maxwell) playing for Virat Kohli’s Royal Challengers Bangalore (RCB) Let’s see. RCB has included Maxwell in its team in the auction this year by giving a huge amount of 14.25 crores. But before this, a small glimpse of Maxwell’s batting in the clothes of RCB is revealed.

In fact, Glenn Maxwell has finished his quarantine and has come to the ground to practice with RCB for the first time. Meanwhile, he also trained and batted. A video of Maxwell’s batting has been posted by RCB on its YouTube channel. In this video, Maxwell is seen batting. Apart from Maxwell, New Zealand tall bowler Kyle Jamison also started practice with RCB. Jamison was bought by RCB for Rs 15 crore.

As soon as Maxwell (Glenn Maxwell) came out to bat in the RCB nets, he started beating all the bowlers. Maxwell also played long shots on the balls of RCB’s chief spin bowler Yuzvendra Chahal. Meanwhile, Maxwell was seen hitting his favorite reverse sweep as well. Let me tell you that RCB has not won the IPL title even once till date and they hope that this year Maxwell will be able to do something amazing this year with Virat Kohli and AB de Villiers.

For Glenn Maxwell, the previous season was like a nightmare. In IPL 2020, Maxwell did not get a single six. Maxwell had scored just 108 runs in 13 matches throughout the season. If we talk about the entire IPL career, Maxwell has scored 1505 runs in 82 matches. RCB is also somewhat similar to Maxwell. RCB has reached the finals 3 times till date, but not even once has it won the IPL title.

Assam polls: State government will transfer Rs 1000 every month in the bank account...