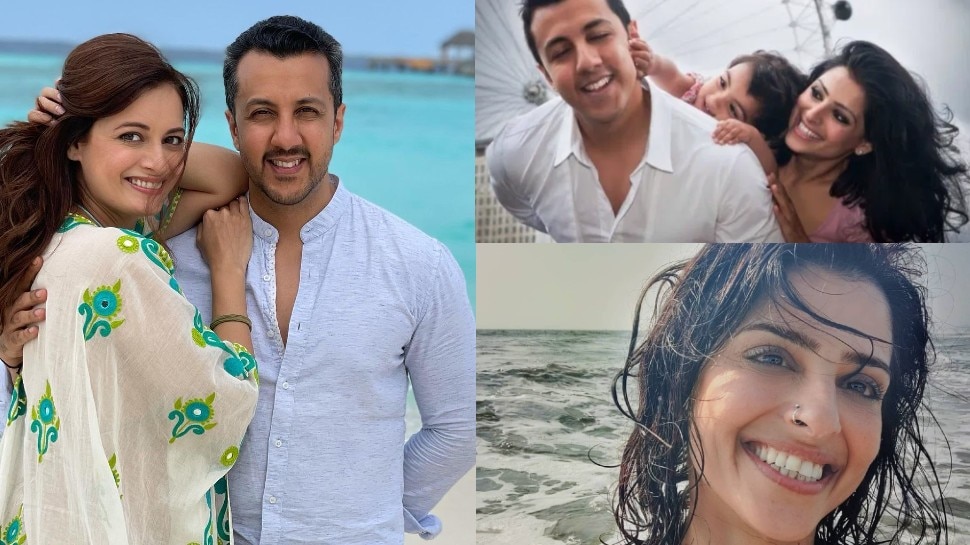 new Delhi: Dia Mirza has remarried in the past and recently she has also announced her pregnancy. Dia remains in constant discussion about both marriage and pregnancy. During the vacation in Maldives, he did a pregnancy announcement while flopping baby bump. During this vacation, she was also accompanied by Vaibhav Rekhi’s daughter Adhara, with whom Diya was seen having a lot of fun. It became clear that Dia Mirza shares a good bond with Vaibhav Rekhi’s daughter.

Sunaina told the family to Diya

Vaibhav Rekhi was also spotted on Dia Mirza’s wedding and the video went viral. Now a video has surfaced of him, which has been shared by Vaibhav Rekhi’s X Wife Sunaina Rekhi. This video is about the birthday of Vaibhav Rekhi’s daughter. In this video capson, he has written the family and has also tagged Diya. In the video, Aamara is seen cutting the cake. Together Vaibhav and Sunaina are seen and Diya is making videos.

Bonding of Diya and Sunaina

In the video, you can hear Dia Mirza’s voice, she says, “Candle Blow Karo, Mamma-papa fed cake?” Feed them too. During this, Sunaina Rekhi is seen smiling. From this, people are guessing that there is no bitterness between Diya and Sunaina, both share good bonds with each other. Fans are also liking the bond of both.

Let me tell you that even after marriage, Sunaina Rekhi spoke openly on the relationship of Dia (Dia Mirza) and Vaibhav (Vaibhav Rekhi). Sunaina had also congratulated both of them for marriage and said that they are very happy about this marriage. Sunaina had made it clear with her statement that she and Vaibhav are good friends even after the break up of the marriage. By the way, before the marriage of Dia Mirza, people are talking a lot on social media about pregnancy, to which the actress gave a befitting reply.

High-Protein Diet: How To Make Paneer Jalfrezi For A Lip-Smacking Treat

Member of Pakistan’s touring party to Africa tests positive for Covid-19, to isolate at...

Team to leave for Bahubali MLA: Punjab police will hand over Mukhtar Ansari to...