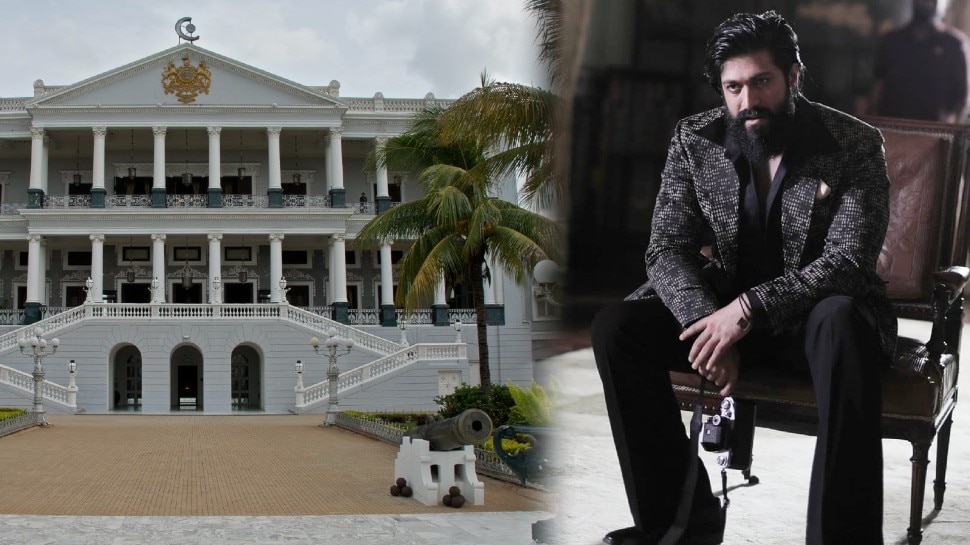 New Delhi: The craze of the audience for the upcoming film KGF 2 by Kannada film star Yash is increasing. After South’s Bahubali series, if any film has made the audience crazy then it is KGF. In such a situation, the fans have to wait for the second chapter of the film. People want to know every information related to KGF film and KGF star Yash. In such a situation, we have brought such an interesting information for you, after knowing that you will also get excited.

Actually, recently a fan account has shared some pictures on social media. Fan account told that KGF star Yash has shot the film at Taj Falaknuma Palace in Hyderabad. It is being told that parts of the film have been filmed here. At the same time, a song of the film was also shot. Pictures of Taj Falaknuma Palace have also been shared from the fan page. Now these pictures are becoming very viral and KGF fans have become excited seeing this.

KGF team has shot a song for C2 in Taj Falaknuma Palace, Hyderabad. This below pic is from one of the secret places of the palace. Team has shot this for around 3 days from 24 Feb 2020. There are all chances of being used this location as extension for Rocky’s palace#KGFChapter2 pic.twitter.com/KQnMjrLnDI

Nora Fatehi will be seen in dance number

Let me tell you, Director Prashant Neel is directing KGF Chapter 2. In the film, Srinidhi Shetty is going to be seen in the opposite lead role of Yash. Apart from this, Bollywood actors like Raveena Tandon, Sanjay Dutt and Bhagyashree will also be seen in the film. There is also an item song from the film, in which Nora Fatehi’s amazing dance will be seen. KGF Chapter 1 also had a dance number, in which Mouni Roy danced. Now the fans are awaiting the release of the film soon.

read this also: Salman’s Radhe escaped from CBFC scissor, not a single cut in the entire film

Who will be captain against Sri Lanka in place of Virat Kohli? Hardik...