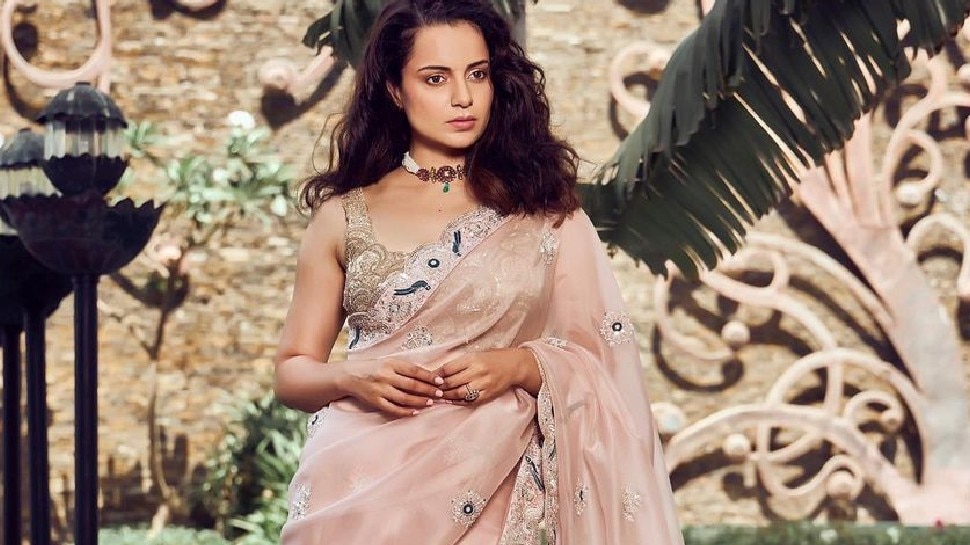 New Delhi: Bollywood actress Kangana Ranaut is known for her outspokenness. She is very active on social media. Amidst all this, now her Twitter handle has been suspended forever, but even after this, Kangana’s voice is not going to stop. After the action of Twitter, Kangana is now ready to create swag on the indigenous app Koo. Now the native app Koo has also come down in favor of Kangana.

Kangana’s show will be seen on the indigenous app

When Twitter discharged Kangana Ranaut, she is being welcomed on the Swadeshi alternative Koo. Koo’s co-founder and CEO Unpredictable Radhakrishna on Tuesday shared a snap of Kangana’s first Kuo post via the social media platform.

Kangana Ranaut wrote in her first Ku post, ‘Ku is like her home.’ The same post has been shared by CEO Aprameya Radhakrishna and has said this to be true. Sharing this, he wrote, ‘Koo is like his house, while the rest are for hire’. Her fans are very happy with Kangana’s reception on Ku. 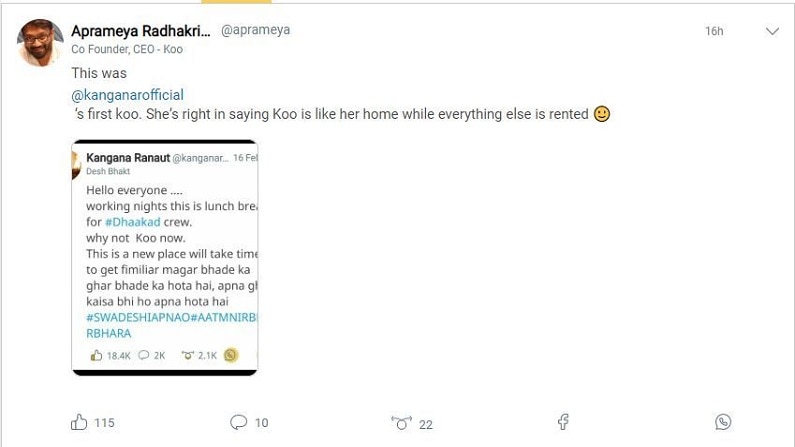