New Delhi: Bollywood’s Controversy Queen Kangana Ranaut has tweeted a tweet describing Sonu Sood as a fraud. On Monday, a social media user shared an advertisement on Twitter in which Sonu Sood is seen promoting the oxygen concentrator. These machines cost millions. The user took out his anger while sharing this ad poster.

Money made in crisis
The user wrote in a tweet, ‘This is such a fraud man that is using the time of this crisis to make money by advertising 2 lakh oxygen concentrator.’ Thousands of people have liked this tweet, including Bollywood actress Kangana Ranaut. This tweet has been retweeted by hundreds of people. It is known that Sonu Sood has helped millions of people so far in the Corona period. 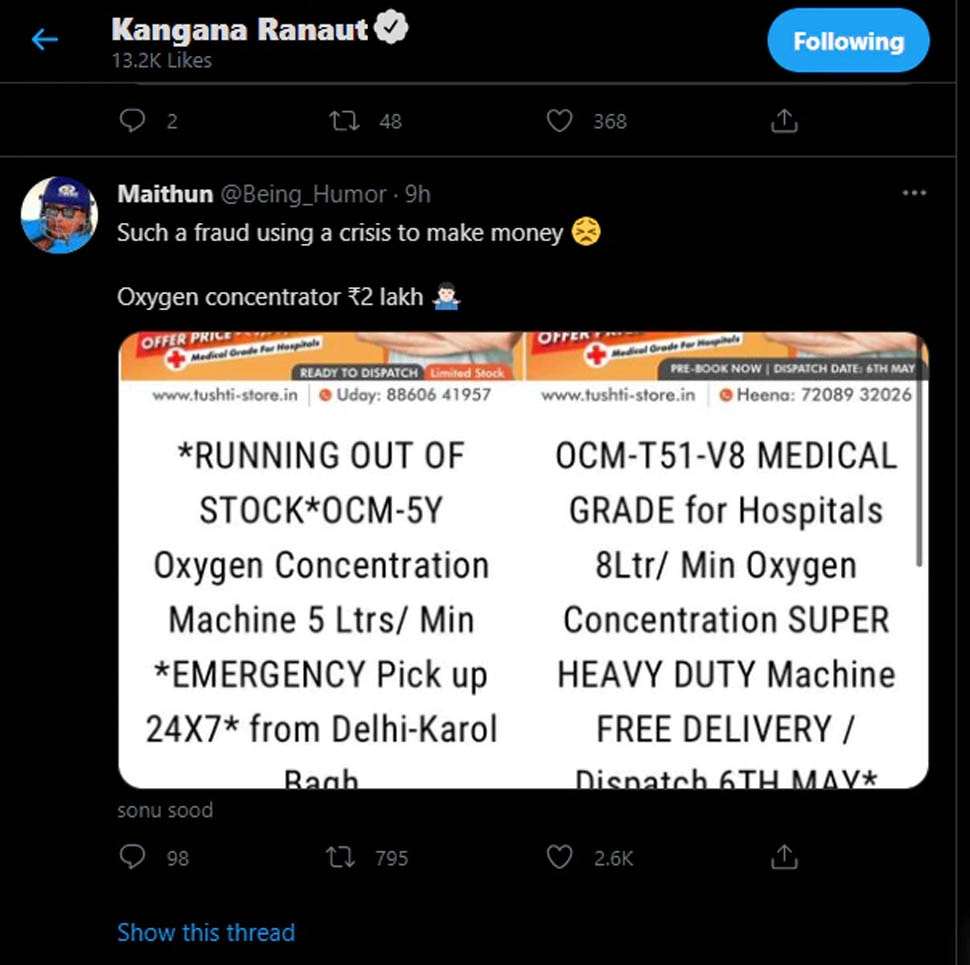 Promoting the brand from 2020
Sonu Sood has been doing endorsement of this brand since the year 2020. According to a press release on the brand’s website, Sonu will be the face of the brand for the new range of oximeters and infrared thermometers. Let me tell you that during the lockdown last year, Sonu had helped millions of people to reach their house. The biggest benefit of this was to the migrant laborers.

Sonu Sood emerged as the Messiah
Since then, Sonu Sood has been helping people in some way or the other. Sonu emerges as a messiah during the lockdown and comes to his message every day for help. Out of which he also tries to help people as much as possible. He also keeps sharing information about this on social media.

Destruction due to corona: record of broken deaths, 4187 destroyed, more than four lakhs...