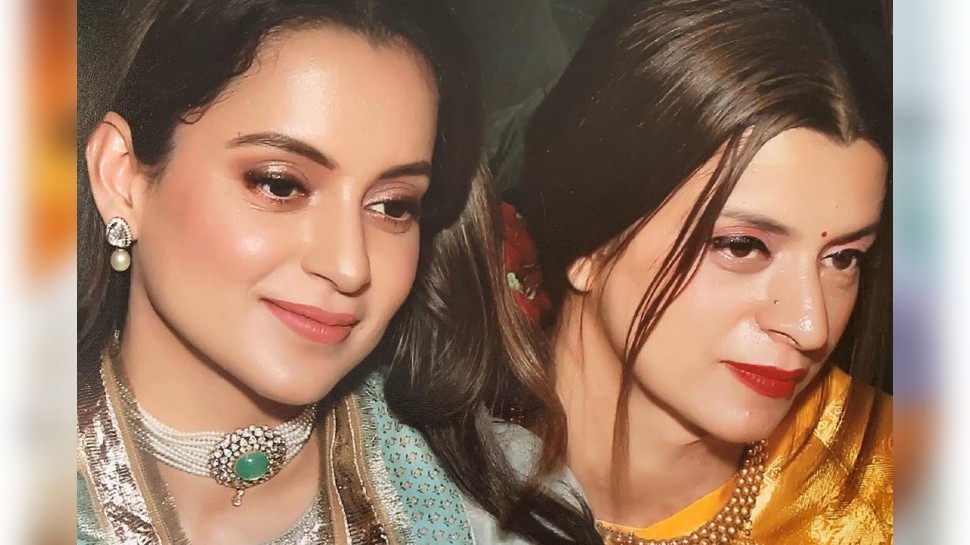 New Delhi: The Twitter account of Bollywood actress Kangana Ranaut has been suspended. Since then, she has been in the headlines. Kangana has been accused of violating the rules of Twitter. As soon as this news was revealed, Kangana was boycotted by two designers. An official statement related to this was also released. These designers also include the name of Anand Bhusan. He had made it clear in the statement released that he will never work with Kangana Ranaut in the future.

Now Kangana (Kangana Ranaut) ‘s sister Rangoli Chandel has reacted to this matter. Rangoli addressed Anand Bhushan as a ‘small designer’. They also said that they will take legal action against them.

‘Designers trying to catch the headlines’

Rangoli Chandel shared an Instagram story, in which he wrote, ‘This person is trying to make headlines in the name of Anand Bhusan Kangana. We have nothing to do with this in any way. We do not even know this. Many influential handles are tagging her and dragging Kangana’s name into it. Kangana charges crores for endorsing a brand. In such a situation, editorial shoots are also done, which is not a brand endorsement. Neither do we like those clothes, we like the editors look for the magazine.

In this post, Rangoli Chandel further wrote, ‘These small designers are using the name of India’s top actress. They are doing this to promote themselves. I have decided that I will take legal action against them. It will have to prove in court how and where we had endorsement with them, which they are now claiming to end … Anand Bhushan meets in court.

Prior to Rangoli, Anand Bhushan had released an official statement on his Twitter account, saying, “ In view of the incident that has taken place today, it has been decided that all the pictures taken in collaboration with Kangana Ranaut will be removed from the social media handle. . ‘ Also said that they will not do any work with them in future. He further said that his brand does not support provocative statements and hate speech.

Sidharth Shukla spreads his hands in front of Shehnaaz Gill! Where do you give me work

What kind of a scene is this: the daughter could not bear the sorrow...

14 Crew Members of Cargo Ship from India Test Positive for Covid-19 in South...