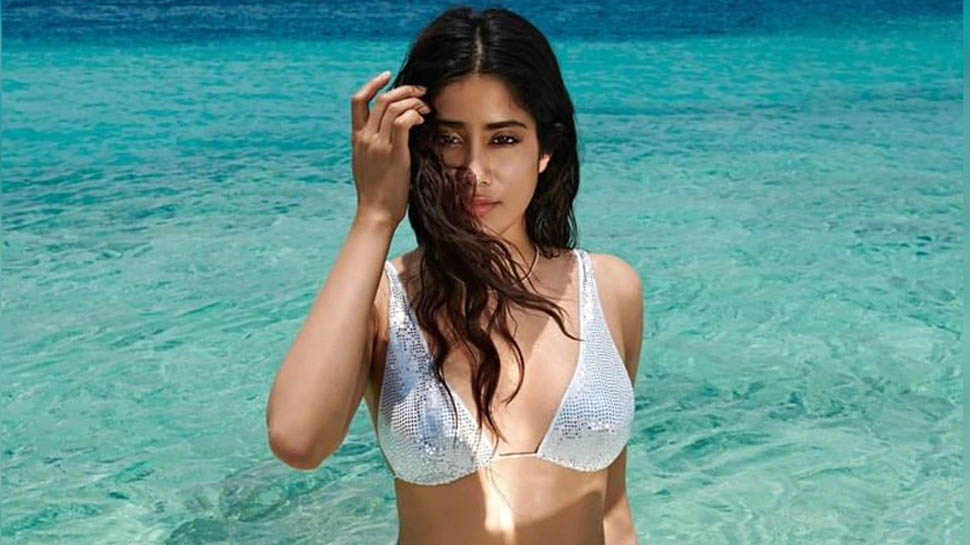 New Delhi: Bollywood actress Janhvi Kapoor has appeared on the cover of a travel magazine. For this, he went to Maldives to have a captivating photoshoot on the sea shore, whose pictures became fiercely viral on social media. Janhvi Kapoor looked fabulous in a silver bikini and now she has shared that photo on her Insta account which was printed on the cover of the magazine.

This thing written in cleanliness
In the picture, Jahnavi Kapoor (Janhvi Kapoor) is seen in a sizzling avatar. Jahnavi Kapoor, wearing a shimmering bikini, is removing her open hair from her face and a blue sea is visible in the background. Sharing this picture, the actress wrote in the caption, ‘This is a pre-commissioned post, and it was shot before lockdown. We were safe and all were taking precaution.

Jahnavi is trolled
Jahnavi wrote, ‘Hopefully everyone will be safe and with courage.’ Let me tell you that when photos of this actress’ photoshoot came on social media, Jahnavi (Janhvi Kapoor) was trolled fiercely for getting out at the time of lockdown and running behind work commitments. In such a situation, it is believed that the actress has written with the post keeping this in mind.

Such is the reaction of the fans
As far as the reaction of the fans on this post is concerned, then tell that on this post, people have tried to surround Jahnavi (Janhvi Kapoor). One user wrote in the comment box, ‘What have you done for the country when it needs you the most at this time’. Another user has asked him why he needed to give cleaning while posting the cover photo.

Morning News Brief: Lockdown till May 17 in Delhi, Himanta Biswa Sarma will be...