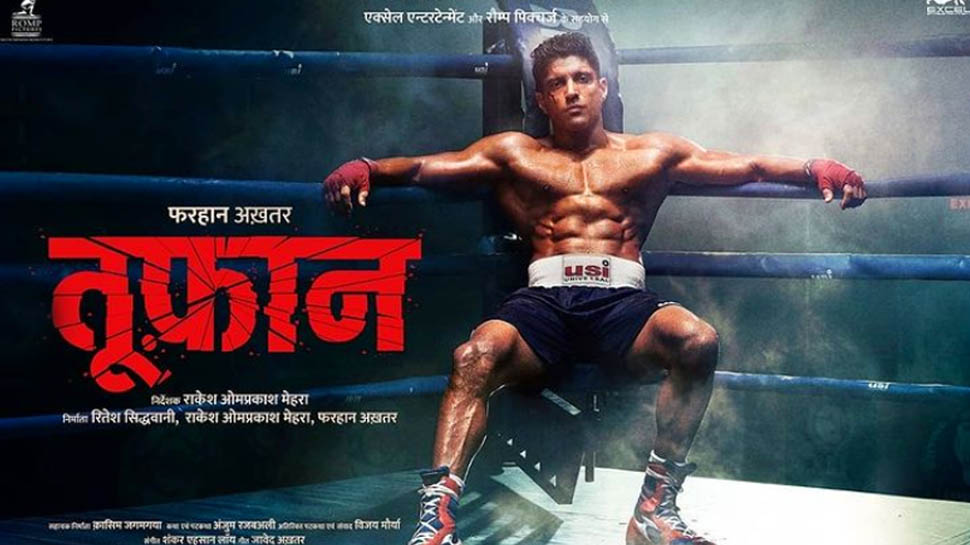 New Delhi: The release date of Bollywood actor Farhan Akhtar starrer Toofaan has been postponed. The film was to be released on May 21 on video streaming portal Amazon Prime Video, but due to Kovid, the makers have extended its release date. Excel Entertainment has released this news through a social media post, which Farhan has shared on his Instagram account.

Fans were waiting impatiently
It is known that earlier this year, it was announced that Farhan’s most awaited film Toofan will be released on May 21 on Amazon Prime Video. In a statement released by Excel Entertainment, Makers wrote, “Currently the situation in the country is really heartbreaking, we are thinking and praying for everyone affected by the pandemic in Excel Entertainment and ROM Pictures”.

Makers postponed release of film
According to the statement, “Keeping in view the seriousness of the situation, our focus is entirely on the epidemic and on helping our employees, their families and the wider community.” Therefore, we have decided to postpone the release of our film ‘Hurricane’ till the situation improves. We will release an update about the new release date soon. ‘

These legendary stars will be seen in the film
Let me tell you that Mrinaal Thakur is also playing an important role in this film directed by Rakesh Omprakash Mehra. This is the second sports movie in which Rakesh Omprakash Mehra and Farhan Akhtar (Farhan Akhtar) are working together. The two last worked together in the 2013 hit film Bhaag Milkha Bhaag, which was based on the life of Milkha Singh.

Pooja Bedi broke silence on the relationship of Alaya F with Bal Thackeray’s grandson; Said- today it is not necessary to be a...

VIDEO of patients agonizing on the hospital’s doorstep in UP: The patients of the...

There will be complete lockdown in the country! ICMR, AIIMS, SC said- Government...

Government reversed on Manmohan’s advice: Harsh Vardhan said – In the war with Corona,...