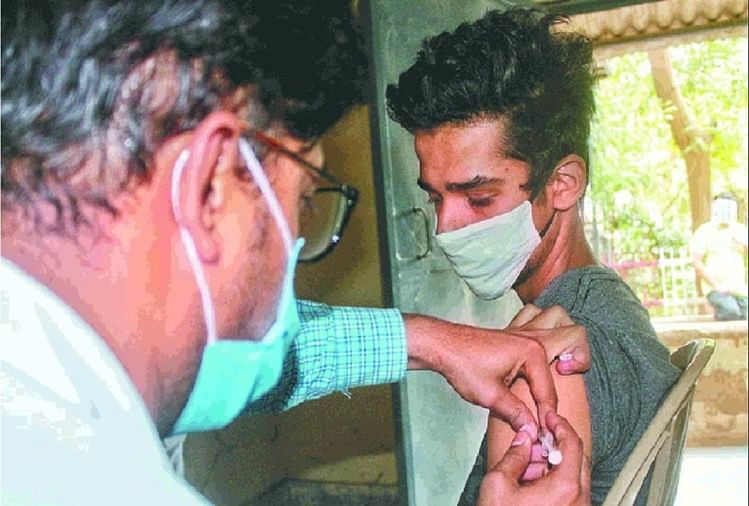 Things have been getting better in the capital since the past few days in Corona. Now the number of daily infected is decreasing, and the number of patients recovering is increasing. Experts say that if the same situation persists for the next few weeks, then the graph of the fourth wave of Corona in the capital will come down.

At present, the total number of infection patients in Delhi has crossed 12 lakh. Out of these, 11 lakh people have become healthy. More than 72 thousand people have beaten the corona in three days, while 64 thousand cases of infection have been reported.

If you look at the figures, from May 1 to 3, a total of more than 72 thousand patients have defeated the infection. At the same time, a total of 63 thousand 656 cases have been reported during this period. Thus, the number of patients recovering from the infected has been higher. This is the first time since March 28 that more people have become healthy than the infected. This has led to the recovery rate of corona in Delhi exceeding 90 per cent.

On the decline in corona cases and the increase in the number of patients recovering, AIIMS doctor Vikram says that according to the data for three days, it seems that the infection is getting weaker in Delhi. However, it is too early to say that the peak of Corona’s fourth wave has passed in the capital. Because, it can be said only when this situation persists for 1 to 2 weeks.

According to the doctor, if similar trends are seen for the next 10 days, then we can say that the fourth wave of infection has weakened in the capital. He said that at the moment it would be necessary to see how much more this figure is reduced in the coming time.

According to information received from the hospital, vaccination is being done to people above 18 years of age at vaccination centers. With the help of Radhaswami Satsang Beas, the facility of vaccination has been started in 20 vaccination centers in just two days. In the coming days, the number of these centers will be increased to 50. This will allow 10 thousand people to get vaccinated every day.

More than three thousand people have been vaccinated till Tuesday evening. People can get vaccinated at the center by 11.30 pm. According to the hospital, people are being vaccinated following the Kovid protocol. If needed, registration facility will also be provided by visiting the center directly.

Who is the CM of Assam: Sonowal-Hemant reached Delhi to resolve the issue, meeting continues at Nadda’s house

Another danger: black fungus in cured patients, eyes of 8 patients had to be removed in Surat

Struggling to cook daily food? Here’s how some organisations are providing COVID meals

IPL 2021: Virat Kohli could not stop laughing while talking to Rishabh Pant, watch...

Allu Arjun’s Corona infected, now such is the condition of the actor