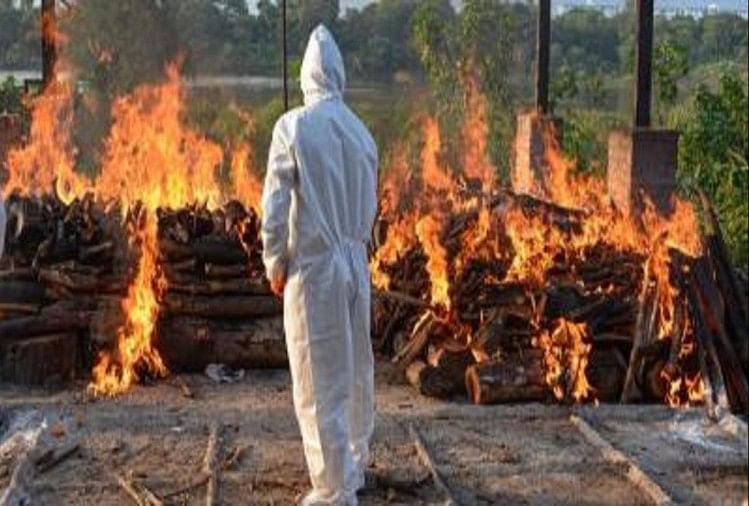 After the arrival of 89 new cases of Corona virus infection in Ladakh, the total number of infected people increased to 14,315 and the death toll rose to 148 with three more deaths due to infection.

No tanker left to carry oxygen in Punjab

Punjab Chief Minister Captain Amarinder Singh has appealed to the Central Government to provide more oxygen tankers to the state. He said that Punjab does not have the necessary tankers to carry oxygen to save the lives of Kovid-affected patients.

Accused of black marketing of oxygen mask arrested in Noida

The government can take a decision today on the imposition of a complete lockdown in Bihar. On Monday, the High Court also asked the Bihar government when a complete lockdown would be imposed in the state. Chief Minister Nitish Kumar will hold a meeting of the Disaster Management Group today. In this meeting, the possibility of taking a decision on lockdown is being expressed.

The government of Chhattisgarh has made it necessary to show RT-PCR report for all the passengers traveling by air in the state. Admission will be given only when the report is negative. The report should not be more than 72 hours old. The state government has directed all the airlines to give boarding pass only after seeing the Kovid test report of passengers coming to Chhattisgarh. If a passenger arrives at Chhattisgarh airport and leaves Corona positive, he will not be allowed to exit the airport.

In the last 24 hours in Mizoram, 198 new cases of corona virus were reported. With this, the total number of positive cases is now 6,556, including 1,427 active cases, 5,112 discharged cases and 17 deaths. The information and public relations department of Mizoram government gave this information.

Live: Reduction in new cases of corona for the third consecutive day, more than 3.57 lakh new patients found in 24 hours

The second wave of Corona virus has created a furore in the country. Since last week, more than three and a half lakh new patients are getting daily. There is an atmosphere of panic due to the continuous increase in the number of deaths from corona patients and covid. The country’s health system collapsed. Beds, ventilators, remodevir and oxygen shortage continue in hospitals across the country. Hundreds of people are dying without treatment. At the cremation ghats, many hours have to wait for the cremation of dead bodies. Vaccination campaigns in many states seem to be eclipsed by the lack of vaccines.

Big disclosure: The SSB jawan had created a dreadful conspiracy, then the murder of uncle and nephew, the reason was revealed when the secret...

Changing weather patterns: Relief from heat as disturbances develop in the west; Drizzle...