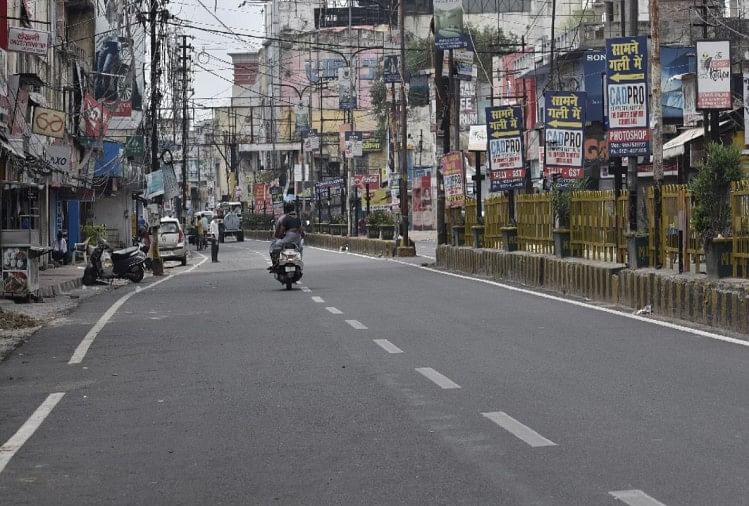 In view of the frightening pace of the Corona virus epidemic, the central government has asked the states to impose a 14-day strict lockdown in areas where the infection is high, so as to help break the infection. The Center has asked states to gather information on areas where the infection rate is 10 percent or more. Locally lockdown can be imposed in these areas. Meanwhile, the Uttar Pradesh government has extended the lockdown from Friday evening to Tuesday morning till seven in the morning till May 6 at seven in the morning. On the other hand, lockdown has been imposed till May 11 in Chandigarh.

The Union Health Ministry said on Monday that apart from the high infection rate, if the maximum number of patients are coming to a particular place or where there is more number of patients, then local lockdown can be imposed. However, the Center has not recommended a lockdown in the entire state or district. According to the ministry, there are about 250 districts in the country where the infection rate of corona is 10 percent or more. There has also been a slight improvement in the condition of these districts during the last one week. The government has asked the states to re-identify the districts or places where the maximum number of cases are being received. Many times it is also seen that a village or town in the same district is the most affected, while in other places there is not a single case of infection. In such a situation, it would be better to put a 14-day lockdown in the infection affected village or town itself.

New patients found less in the country for the second consecutive day, there was no decrease in deaths
There has been a slight decrease in new cases of corona in the country for the second consecutive day. More than four lakh people got corona infected on Saturday, but their number remained less than four lakh on Sunday and Monday. At the same time, more than three lakh patients were cured in one day. However, every day does not appear to be successful in preventing death due to infection. According to the Ministry of Health, 3,68,147 new cases were detected in one day, while 3,00,732 patients were discharged. During this period 3,417 patients died.

21.19 percent infection rate every day
At present, the rate of recovery from corona in the country has been 81.79 percent. In 10 states, 73.49 per cent of the patients were sent from hospitals to their homes. However, the rate of daily infection in the country has reached 21.19 percent. In the last one day, 74 percent of the cases have been reported in 10 states. The highest number of cases were found in Maharashtra, 56,647, 37,733 in Karnataka and 31,959 in Kerala. At the same time, the number of active cases has increased to 34,13,642.

Maharashtra: Lockdown extended till June 1 in the state, negative report is necessary to enter the state

Israel-Palestine: Regarding this dispute, 73 years old, know why the violence erupted between the two countries

Randhir Kapoor is Recovering Well from Covid-19, Says He was Never Breathless

Lalu Prasad Yadav gets bail, free to walk out of jail

Canada came forward to pay the ‘favor’ of vaccine received from India, announced the...